Written by Wil Lovato. May 25 2018 Posted in Aulani Villas News

Its been over two years since rumors first surfaced of an Atlantis resort adjacent to Aulani, a Disney Resort & Spa.  Today there is no visible indication of when the project will break ground, much less when Atlantis might welcome its first guests.  However, there are signs that work is beginning to bring Atlantis to the Aulani neighborhood. 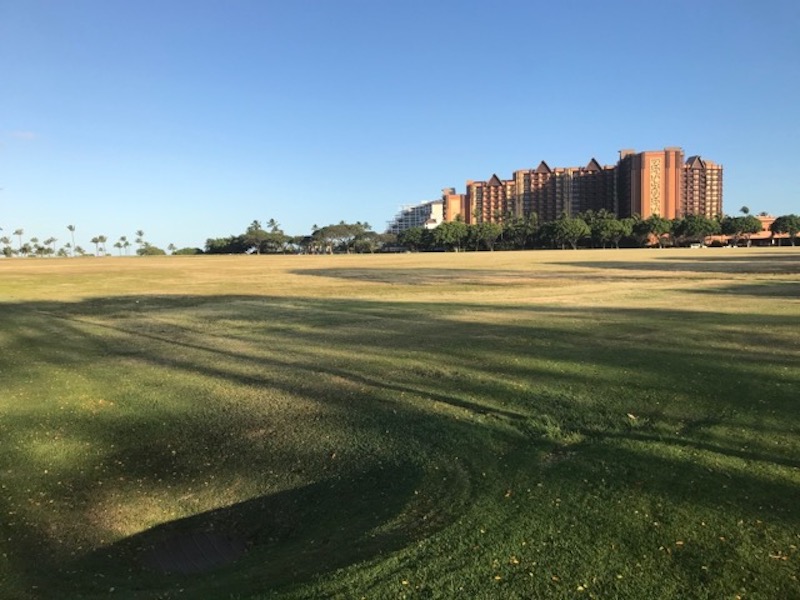 In January 2016, news broke that an Atlantis resort was going to become Aulani’s next door neighbor. There were reports that a developer had purchased the vacant lot next to Aulani with plans to build an Atlantis resort that would include hotel rooms, timeshare units, an aquarium, and a major water park.

More than two years later, construction has yet to commence.

Aulani is located in the Ko Olina area on the west shore of O’ahu. Ko Olina has four man-made lagoons and Aulani shares its lagoon with Four Seasons Resort O'ahu at Ko Olina. The Atlantis lot has direct access to Aulani’s lagoon, as well as the lagoon that is used by Beach Villas at Ko Olina.

At first glance, its difficult to see that much is happening with the Atlantis project. From the street, the Atlantis lot is vacant with no signs of construction. The photo above shows Aulani and the white Four Seasons building north of the vacant lot. The ocean is just beyond the palm trees on the left side of the photo.

But there are changes occurring. Nestled between Aulani and the vacant lot is a private wedding chapel. Within the last few months the green roofed wedding chapel stopped operating and is now boarded up. Aulani cast members say that it will be demolished in the near future to make way for the Atlantis resort. 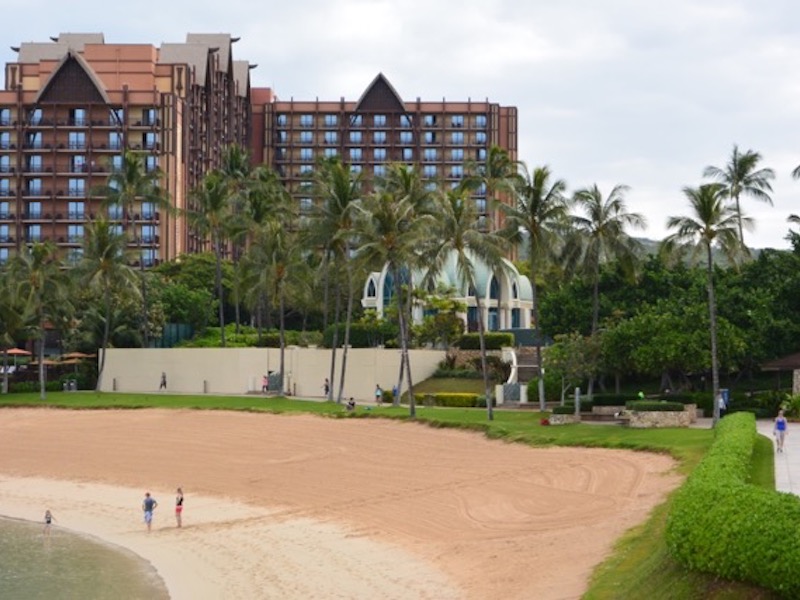 There was another wedding chapel that was also on the Atlantis lot nearer the Beach Villas Resort. That wedding chapel has already been demolished, leaving only a scraped patch of land that can be seen in the aerial photo below.

The Ko Olina association is working on the underground sewer line that follows the road in front of these properties. According to the cast members, Ko Olina is improving the infrastructure in anticipation of Atlantis’ debut.

Estimates when construction might begin on the Atlantis resort vary depending depending on who you speak to. The consensus among cast members is that something big might happen by October 2018. The employees at the Ko Olina stores are convinced ground breaking will commence by the first of the year, and even the Ko Olina shuttle bus driver — naturally, a credible source — is sure it will happen soon.

In addition to Atlantis, there are rumors that Ritz Carlton might build a resort on the vacant lot just south of the Beach Club resort. As with the Atlantis rumor, nothing has been confirmed nor is there any idea when a new Ritz Carlton might open.

If Atlantis becomes a reality, how might it impact Aulani and its guests? For the first year or two, as the resort is being built, there will be construction noise that could affect guests whose villas are on the side closest to Atlantis. This will include those villas in the Ewa Wing with odd room numbers ranging from xx61 to xx85. The other villas in the Ewa Wing face away from the Atlantis property and should not be affected by noise. 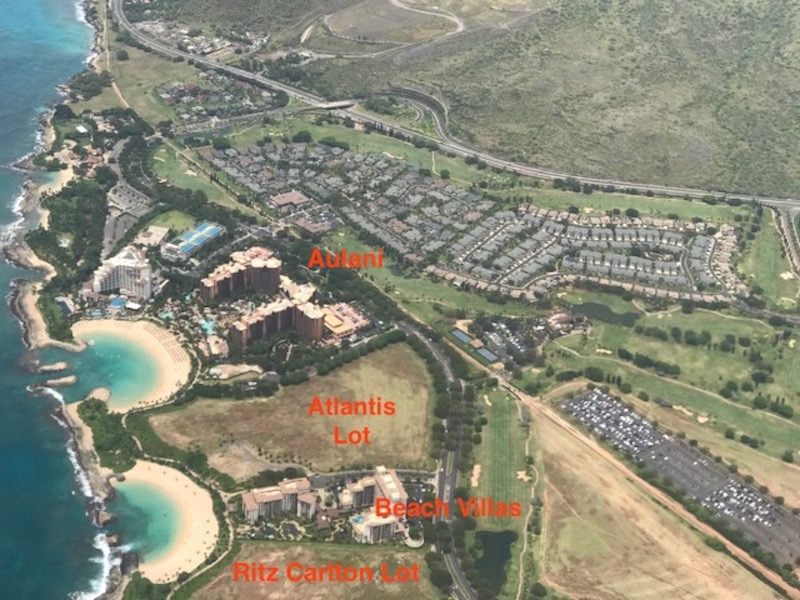 Once Atlantis opens, Aulani’s lagoon will become more crowded. Since Atlantis will have access to two lagoons, some of its guests may use the lagoon it shares with the Beach Villas Resort. As can be seen in the photo of the wedding chapel above, Aulani’s lagoon is currently underutilized. Even with the Atlantis guests, the lagoons should be able to handle the additional traffic.

Its unlikely that Aulani will have issues with Atlantis guests trying to use its pools and lazy river. Atlantis is known for its elaborate water parks and will probably have pools, slides, and other features that will be as attractive, if not more so, than what Aulani has to offer. A bonus to Aulani guests will be if Atlantis sells day passes to non-guests like the Atlantis resort in The Bahamas. The Aulani pools and lazy river would benefit from guests making a day trip to Atlantis to enjoy its amenities.