Aulani may have Atlantis neighbor

Atlantis Resorts is reportedly finalizing plans to build a $2 billion resort adjacent to Aulani, a Disney Resort & Spa in Hawaii. 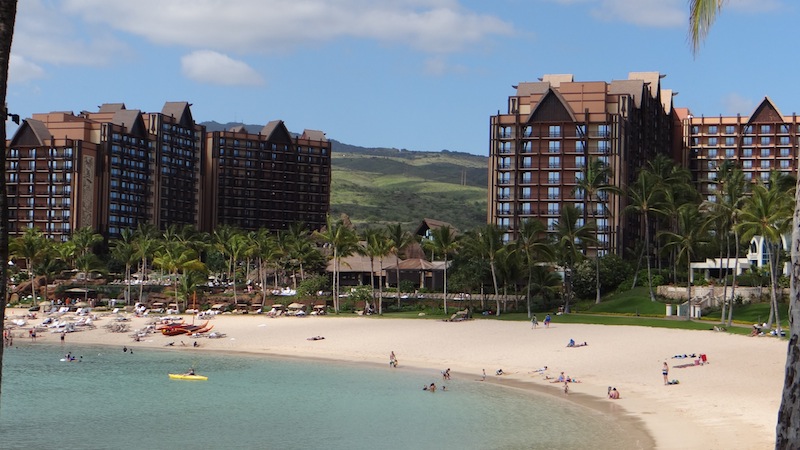 Multiple reports coming out of Hawaii indicate that Atlantis is edging closer to a resort development originally announced more than a decade ago.

HawaiiNewsNow.com calls it "the most expensive resort ever built" with an estimated price tag over $2 billion.  The development was first announced back in 2005, but development stalled due to economic factors and an unsuccessful push to include casino gambling.

The land in question is on the south eastern side of Disney's Aulani property, and would likely share access to the same Ko Olina lagoon.

Sources compared the project to Atlantis' The Palm development in Dubai which includes a large aquarium with interactive dolphin and shark encounters offered to guests.  HawaiiNewsNow indicates that the development would feature hotel rooms, condominiums and timeshare units.

On the other side of Aulani, Four Seasons Hotels & Resorts is in the midst of renovations to the former JW Marriott Ihilani Resort & Spa. That property is expected to reopen in April 2016 under the Four Seasons banner.