Disney has partnered with streaming audio provider Pandora to bring music from Aulani, a Disney Resort & Spa to desktops and mobile devices. 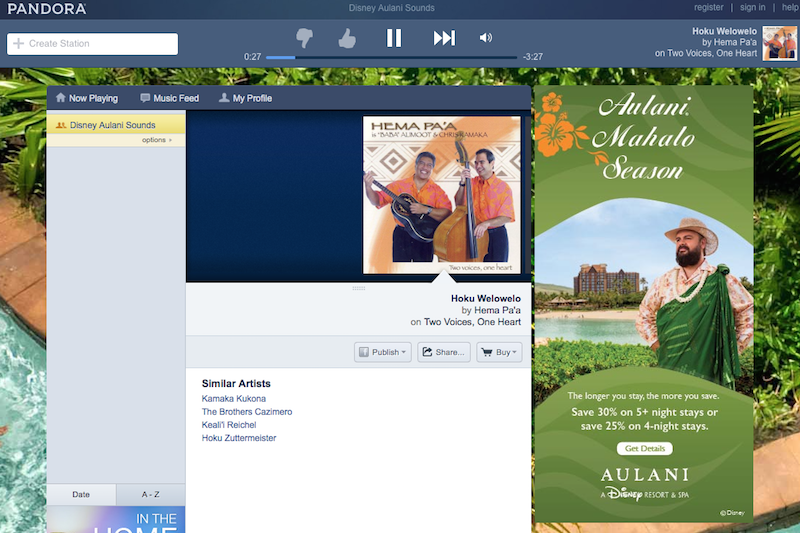 Pandora.com now features a playlist entitled "Disney Aulani Sounds" which highlights music from the resort's official soundtrack and artists who perform at the property.

Pandora is a free (ad-supported) streaming audio service available on web browsers, smartphones, tablets and a wide variety of other devices.  A paid version of the service is also available for $4.99 per month with reduced advertising and other features.  For details visit Pandora.com or download the Pandora app for your device.