As one Aulani vacation contest ends, another has begun. 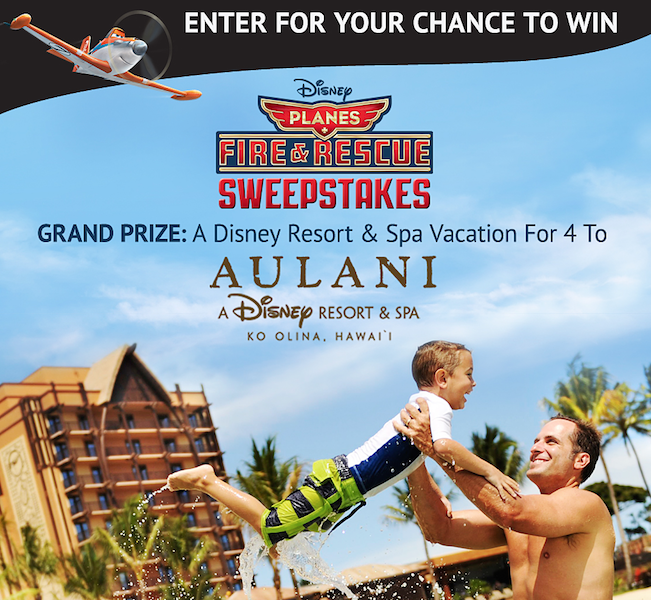 In conjunction with the home video release of "Planes: Fire & Rescue", Disney Movie Rewards has launched a contest which features a trip to Aulani, a Disney Resort & Spa as the grand prize.

Participation in the reward program is free.  DVD and Blu-Ray discs from the Disney entertainment library contain codes which may be redeemed for reward points.  Theater tickets to Disney films also earn points.  For complete details, visit the Disney Movie Rewards website.

The grand prize for this contest is a 5 day / 4 night stay at Aulani, a Disney Resort & Spa.  The prize includes accommodations and airfare for up to 4 individuals.

Additional prizes include toys from the "Planes: Fire & Rescue" film.

The contest offical rules have full details on entry guidelines, sweepstakes prizes and more.  Deadline for entry is December 31, 2014.