A small number of hotel rooms with a Standard View have been added to the DVC program to offset rooms removed to accommodate resort expansion.  The option of booking an Aulani Hotel Room was introduced in the 2015 points charts but that accommodation is already available for booking dates as early as February 1, 2014. 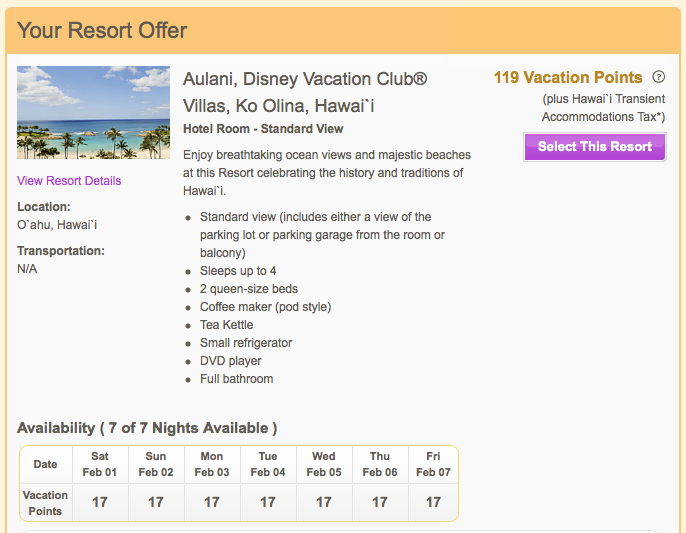 Members with waitlist requests for Deluxe Studio villas may want to jump on DVCMember.com and check availability for their desired travel dates.  This option appears to have been added quite recently and there are many dates currently open for booking within the 7 month window.

Thanks to Natasha for the tip!