The formula for Hawaii's Transient Accommodations Tax includes the annual dues figure for stays at Aulani, Disney Vacation Club Villas.  Following is an overview of how the tax amounts have changed with the new 2014 dues.

The tax is computed by taking one-half of the yearly maintenance fee, multiplied by the number of Vacation Points for the length of stay, multiplied by a tax rate of 7.25%. 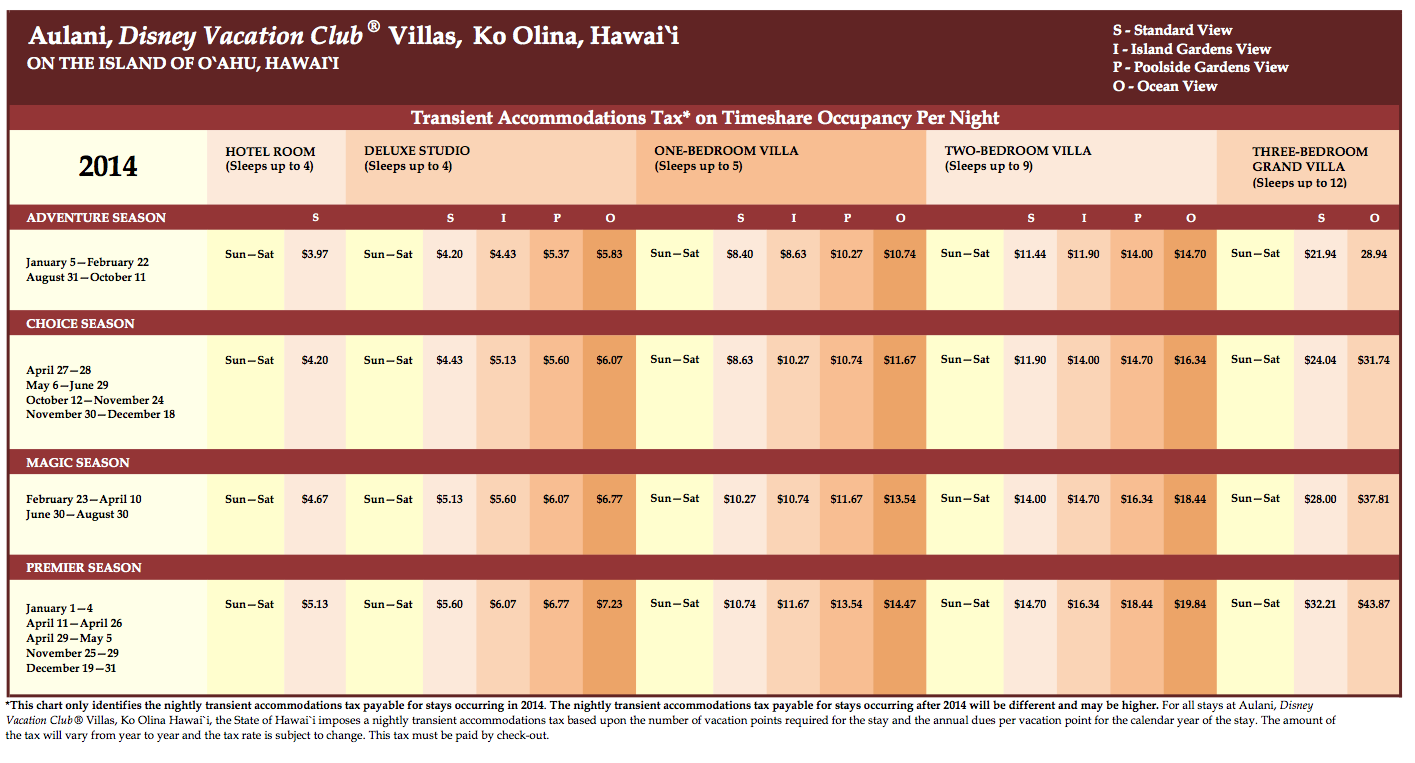 For 2014, Aulani's yearly Maintenance Fee is $6.4378 per point. The proposed transient accommodations tax per point is:

A 7-night stay in an Ocean View studio during the Magic Season at Aulani requires 203 points. The transient accommodations tax for the entire length of stay is $47.39, or $6.77 per night.

The tax must be paid at or before check-out. The amount of the tax will vary from year to year and is subject to change.