Less than a week after its grand opening, Disney's Skyliner encountered its first major operational outage. 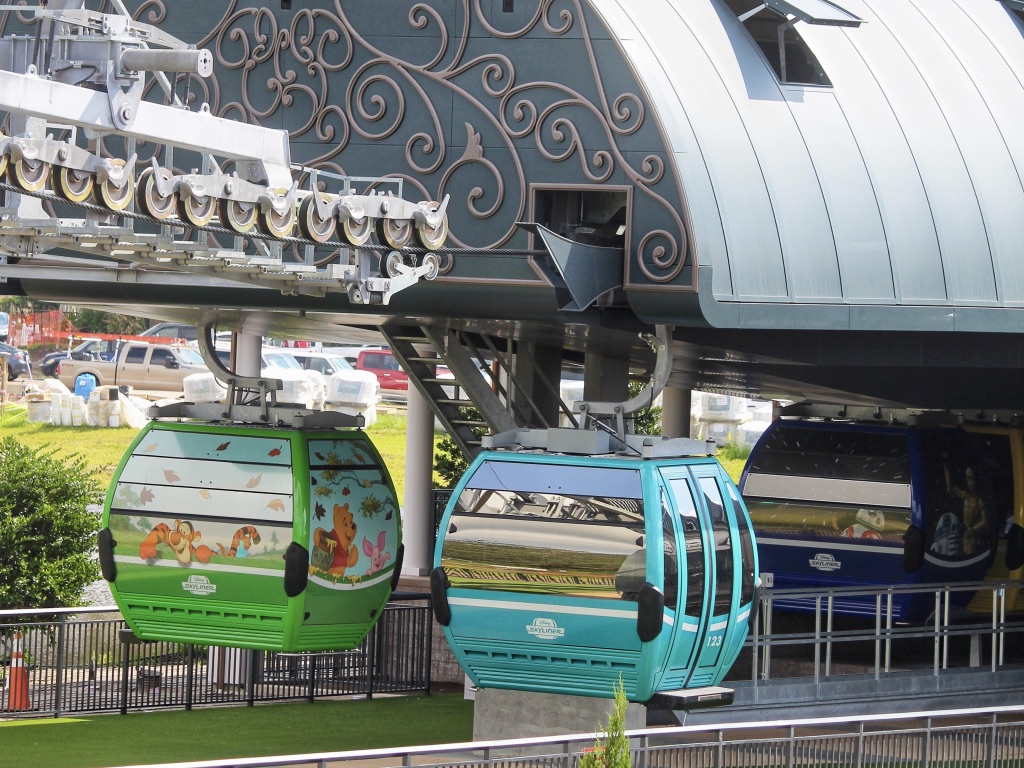 On Saturday, October 5, several Skyliner vehicles apparently collided, brining the line to a halt and stranding current riders for several hours. The mishap occurred at the station outside Disney's Riviera Resort, the newest Disney Vacation Club property scheduled to open in December 2019. The Riviera station is located on the line connecting the Epcot theme park to Disney's Caribbean Beach Resort. The entire route came to a halt, leaving guests suspended up to 60 feet in the air.

What happened with this new ride? Feeling sorry for the people still trapped. @WaltDisneyWorld @WESH pic.twitter.com/mAjcH7hD5o

The tweet above depicts several Skyliner vehicles, apparently stacked-up inside the Riviera station.

According to the Orlando Sentinel, emergency workers began evacuating the cabs one-at-a-time around 11:00pm. Skyliner vehicles are equipped with an emergency kit containing water and cooling towels. The cabs are not air conditioned, relying on passive cooling to keep guests comfortable while in motion.

Disney is working with guests to compensate for the inconvenience. One guest was reportedly offered four 1-day theme park passes and a $200 gift card.

No guests were injured during the outage and subsequent evacuation. A Disney spokesperson told the Sentinel that the Skyliner will remain closed while the incident is investigated.