How Long is Walk from Magic Kingdom to Grand Floridian?

Folloing the news that Walt Disney World plans to construct a walking path between the Magic Kingdom theme park and Disney's Grand Floridian Resort & Spa, our thoughts naturally turn to the distance such a path will cover. 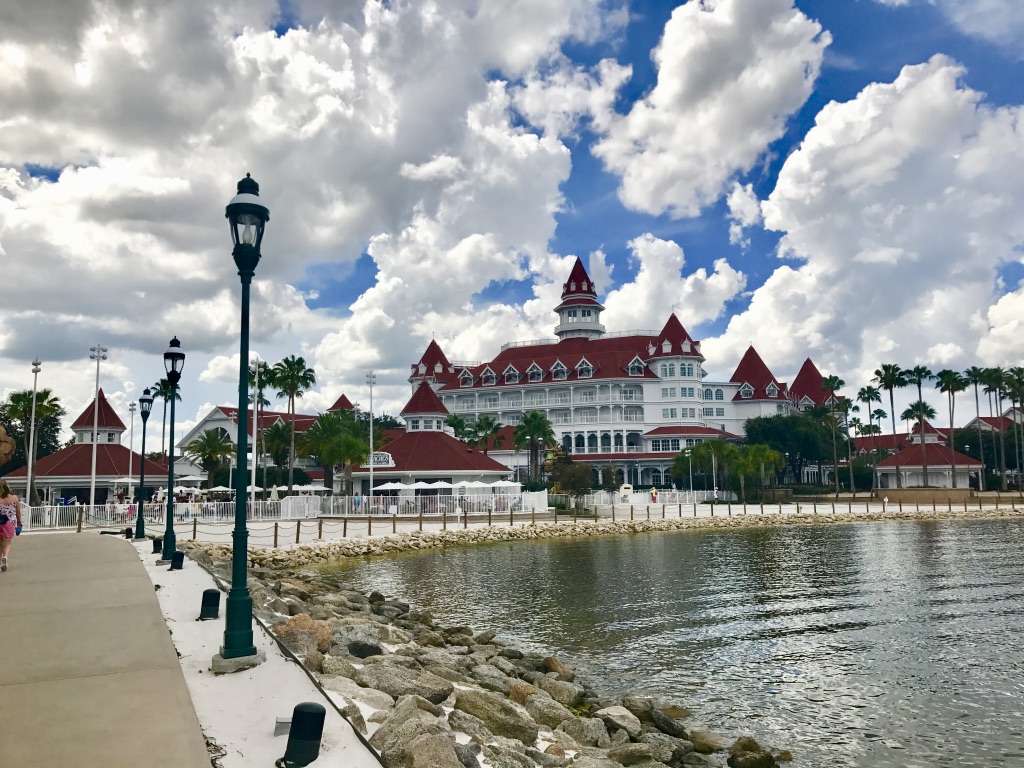 Details have not been provided regarding the route that the path will take. There are some areas where Disney could seemingly shorten the distance by building an walkway above the Seven Seas Lagoon. The route will also have to navigate some areas which are currently deemed "back stage", specifically around the rear of the Grand Floridian's convention center. But for the purposes of this estimation, we will assume a path that runs right along the lagoon shoreline. 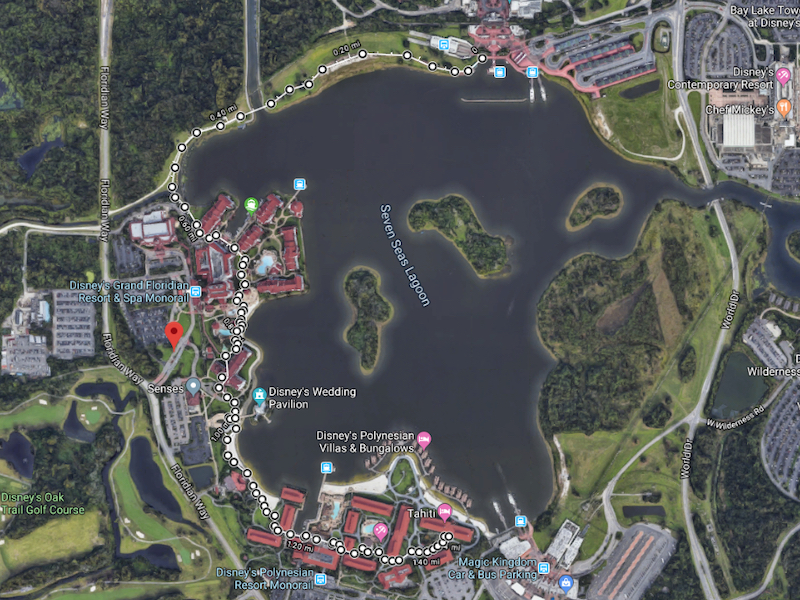 Our route begins outside of the Magic Kingdom, in a location where guests would be forced to choose between boarding the monorail to the west, taking a boat to the south or walking back to the resort. There is an existing path along a portion of this route. It currently dead-ends just beyond the .30mi marker on the map below. Some form of bridge will have to be constructed over the canal which currently houses floats for the Electric Water Pageant. 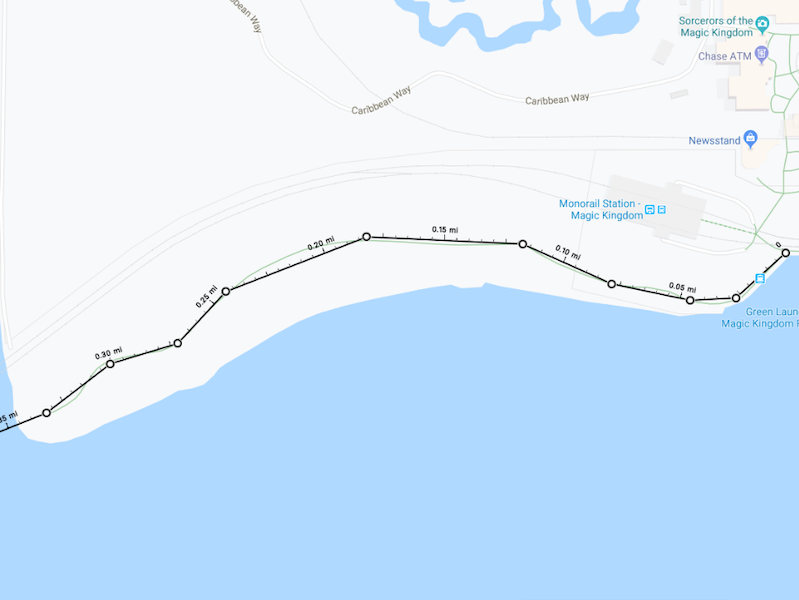 The next leg of the journey currently features a service road. For safety reasons, this road would presumably be eliminated, rerouted or otherwise separated from a guest walkway. The route takes guests past the rear of the convention center and onto the resort grounds. Reaching a point near the rear of the main building and Courtyard Pool brings the total distance to about .70 miles. 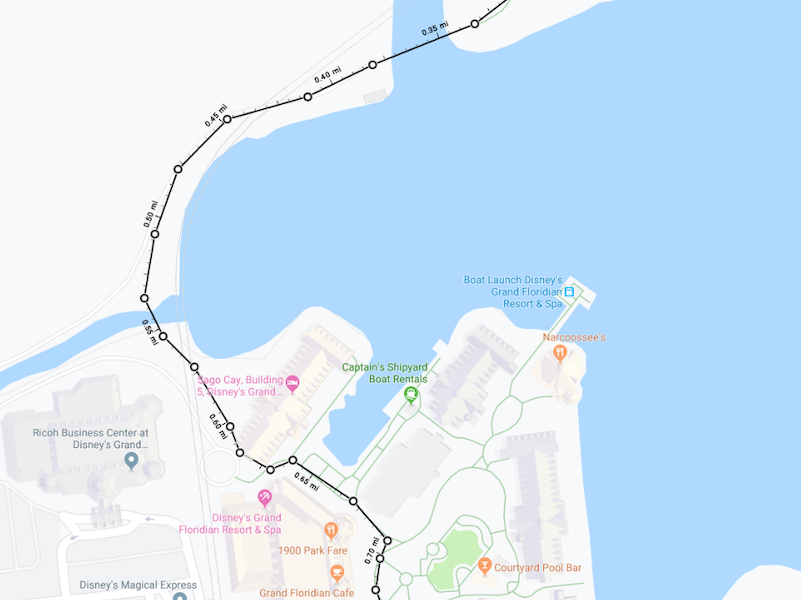 Continuing to the Disney Vacation Club villa building brings the distance to approximately .83mi to reach the lobby elevator bank. This route uses existing resort pathways. Guests may be able to shave some time off the route by taking a short cut through the main building or around the front of the building past the bus stops. 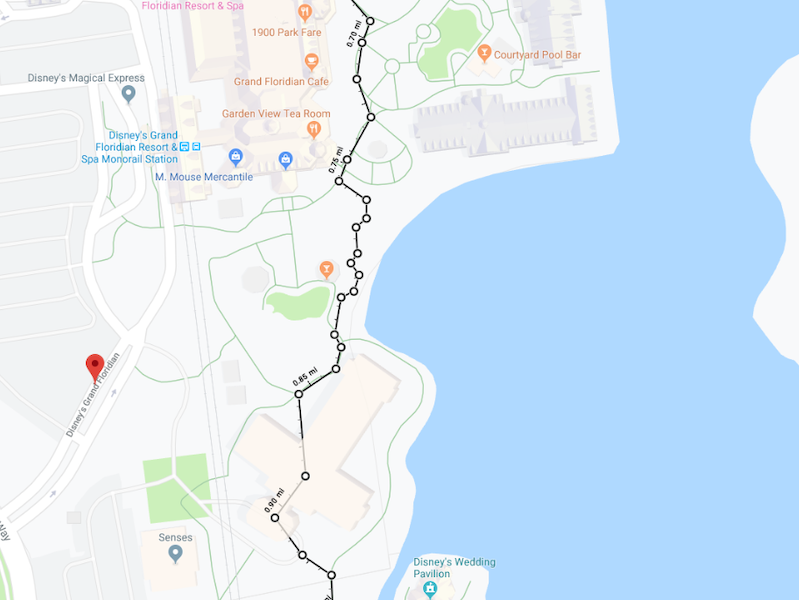 But that isn't necessarily the end of the journey since there are already paths linking the Grand Floridian to Disney's Polynesian Village Resort. The route to the Polynesian takes guests past Disney's Wedding Pavilion and the Spirit of Aloha facility. Reaching the western side of the Polynesian near the Fiji building is a total distance of 1.15mi. 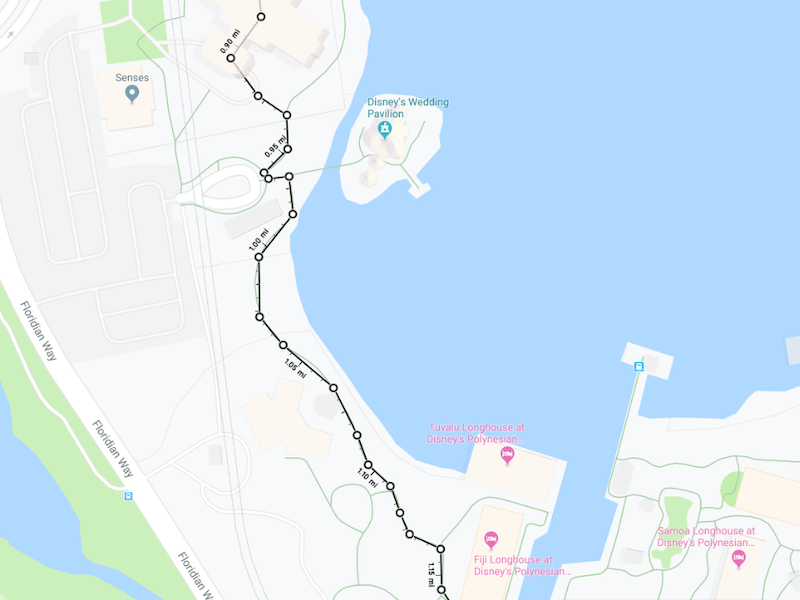 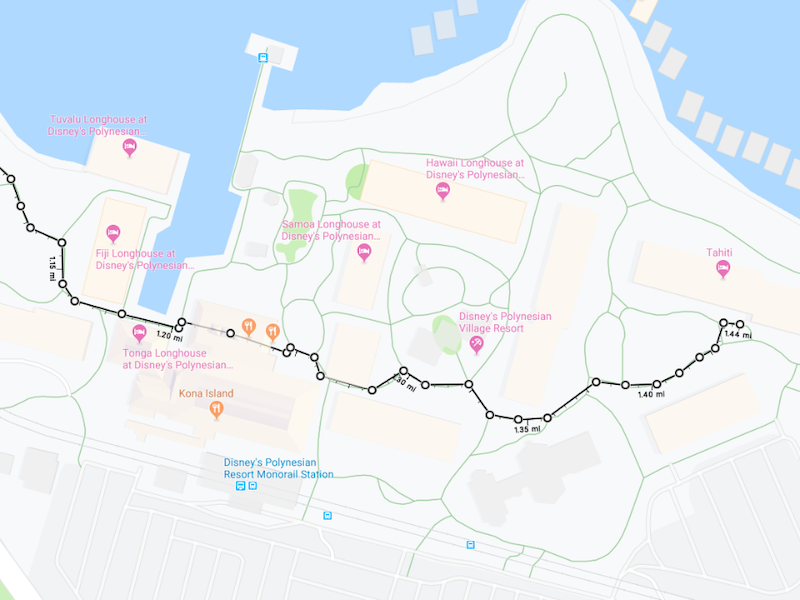 How these walking distances compare to others throughout Walt Disney World:

With a Magic Kingdom-to-Grand Floridian distance comparable to the popular trek from Disney's BoardWalk Villas to Disney's Hollywood Studios, many guests will find the route managable. Any foot traffic should help alleviate stress on the monorail and boat systems which currently service the Grand Floridian.

Runners may be particularly excited by the expansion of a route which will extend more than 2 miles in each direction from the Polynesian all the way to Disney's Contemporary Resort.