Our California research trip was just so jam-packed with new information about this west coast Disney Vacation Club property that we just couldn't fit it all into one article.  Following are a collection of additional details to whet your appetite for the latest-and-greatest DVC resort.

As we've shown the Grand Californian Hotel will be getting a great deal of TLC as it grows and expands.  The pool area, currently comprised of the leisurely Fountain Pool and the more active Redwood Pool will gain a third swimming hole.  Below an architectural drawing of the pool addition superimposed over the existing complex. 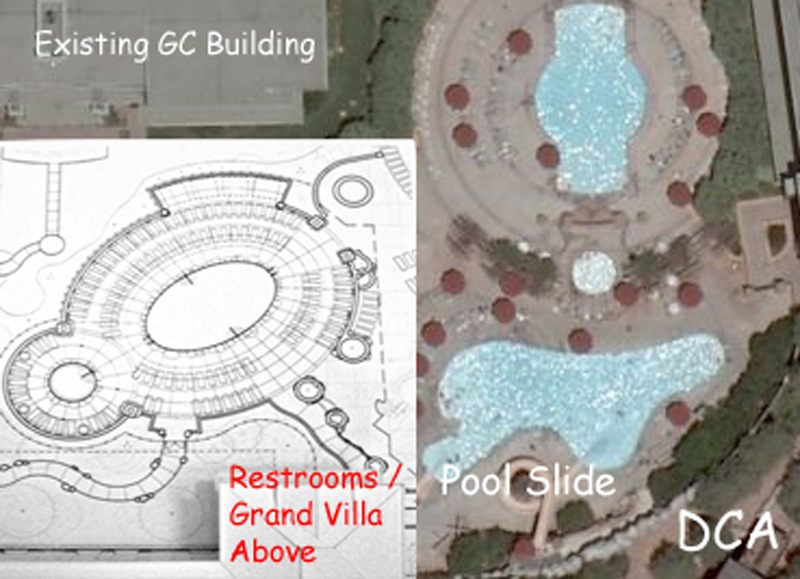 The scale may not be precise, but it is quite close given landmarks present in both images.

Note that we've identified the location of the new pool restrooms--the current ones are outside the scope of this image and require leaving the gated pool area.  Above the restrooms will be one of two DVC Grand Villas in the expansion.

Another change to the resort will be the expansion of the front desk to accommodate more check-in stations.  According to Imagineer Mike Montague, this space to the left of the current front desk--currently home to a TV viewing cubby for kids while the parents check-in--has always been reserved for front desk expansion. 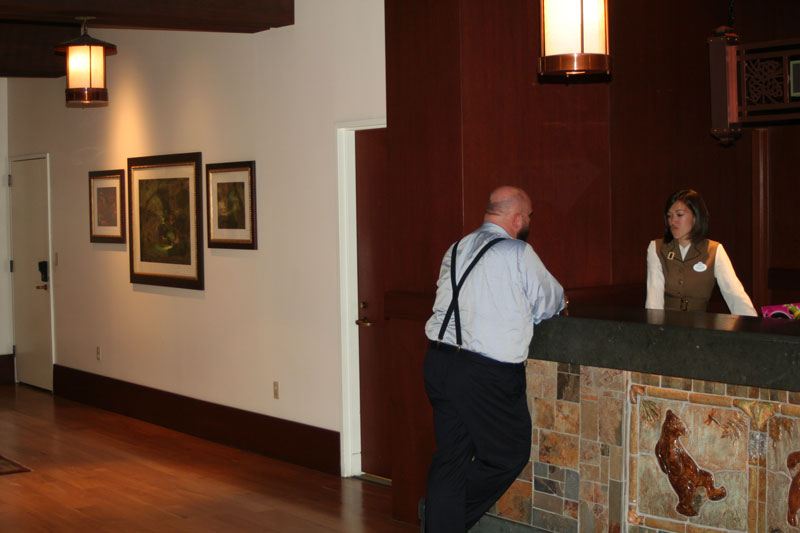 Worried about those California earthquakes?  Well don't.  Building codes and methods have been tweaked over the years to help protect regional construction from crumbling at the first tremor.

Take a look at the tan strips running floor-to-ceiling in this image: 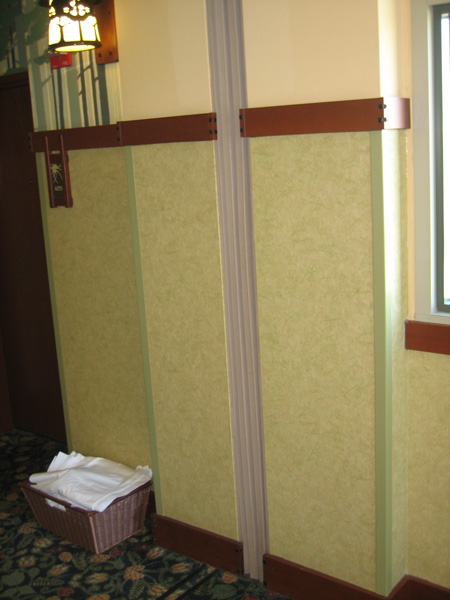 That is a rubber seal which actually runs not only around the entire corridor, but through every single floor of the building.  Effectively, the structure on either side of that seal is a stand-alone building.  This rubber seal seamlessly links the two buildings under normal conditions, while allowing them to sway with those California quakes.

Now let's take a closer look at some details within the villas themselves.  Check out this attractive living room table and stained-glass lamp: 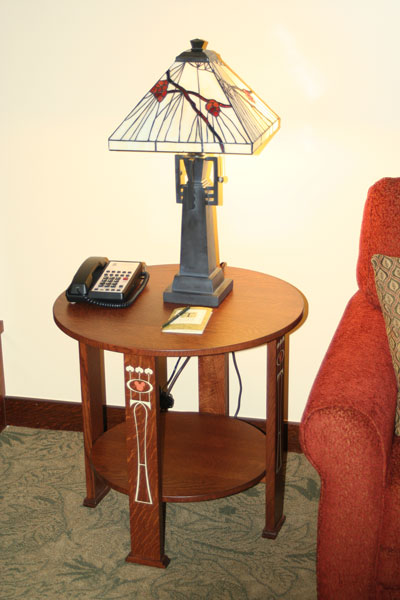 Look a little closer and you might find a Hidden Mickey. 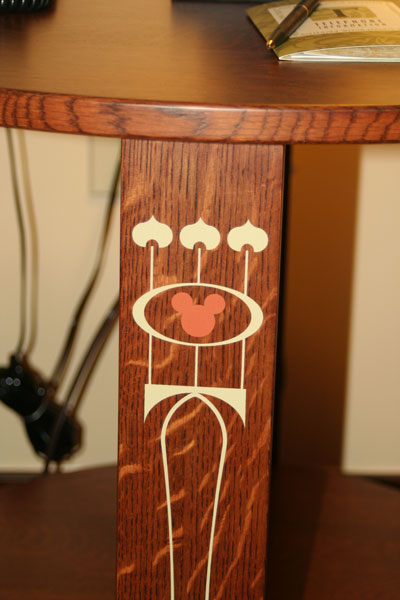 The Mouse made his way to the Studio villa dresser as well. 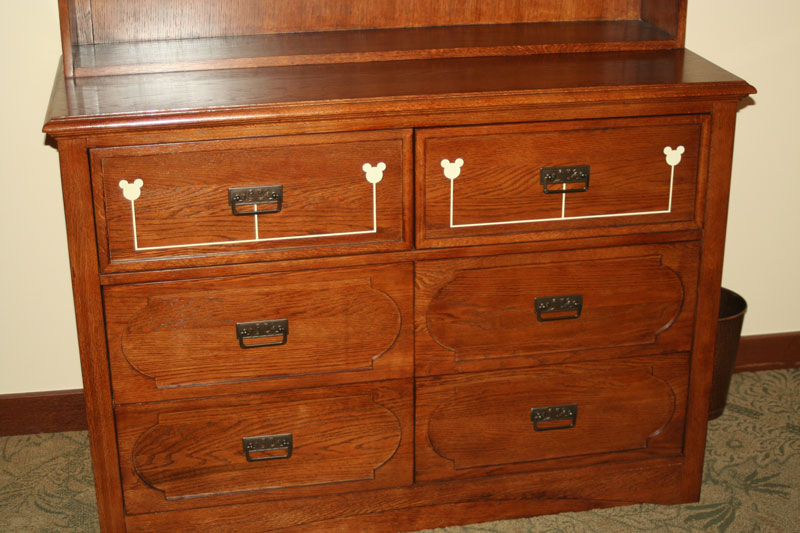 Like watching TV from your jacuzzi tub?  No worries.  The mounting bracket on the flat panel TV in the master bedroom allows it to swivel sufficiently to be viewed with the bedroom privacy panel open. 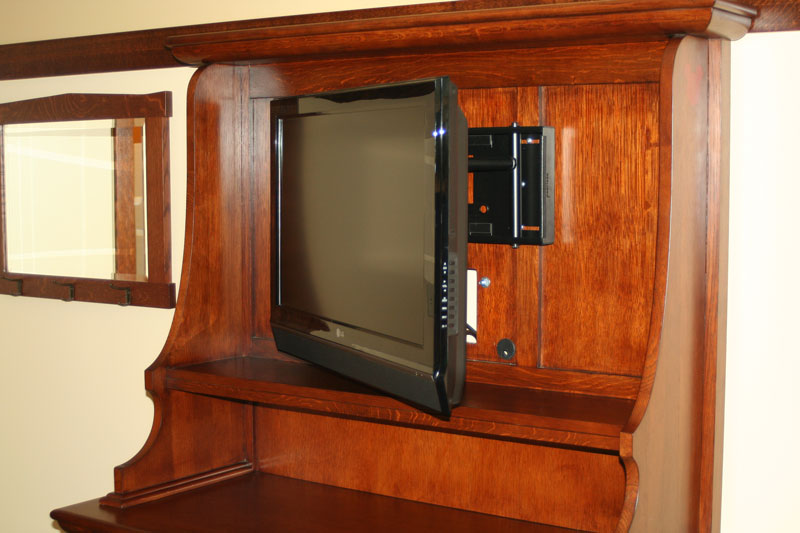 Worried about the security of your laptop?  No need because the closet safes are extra large sized to accommodate such modern travel necessities. 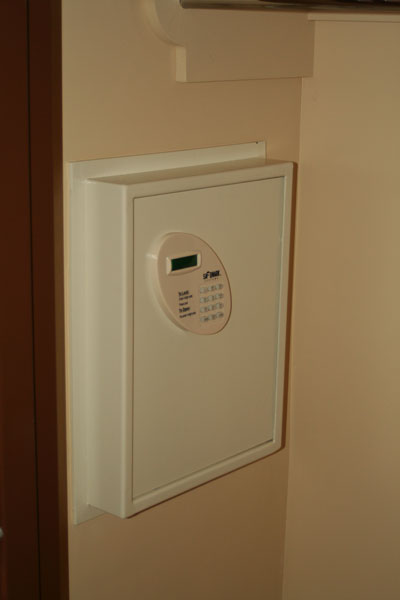 And we'd be remiss if we didn't show you what the villa carpet looks like. 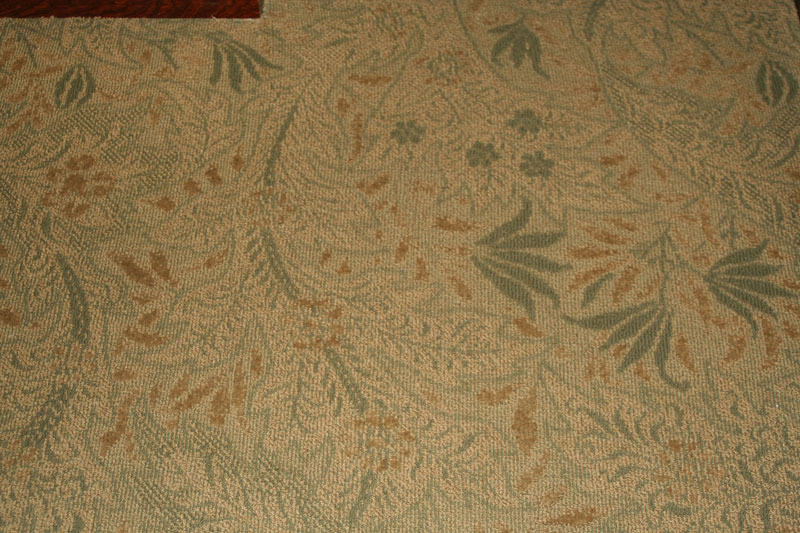 One area that Imagineers struggled with was the bathroom vanity.  Ultimately they decided to forego a double vanity in favor of the single bowl.  Doing so allowed them to provide additional counter space on either side. 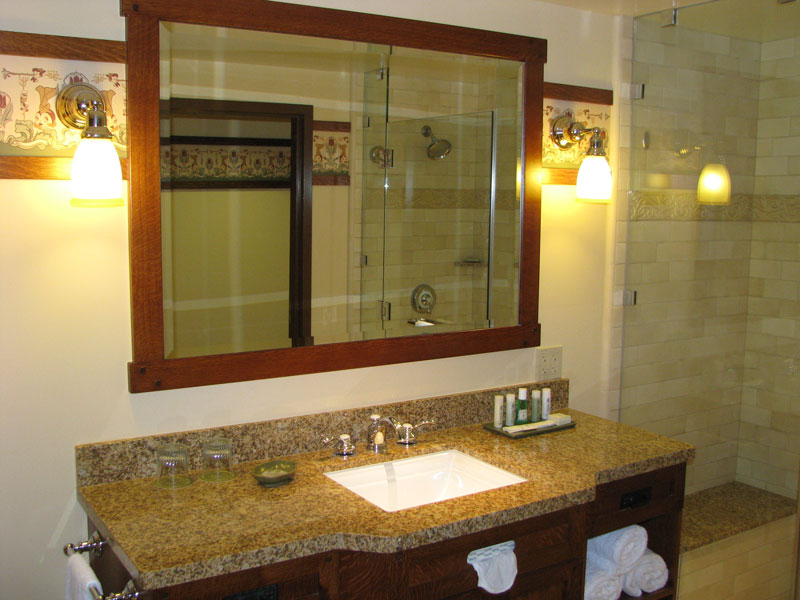 Even now Imagineers are continuing to tweak the villa interiors.  Take a look at the bench behind the dining room table.  Currently it is a sort of "L" shaped design, wrapping around two sides of the table. 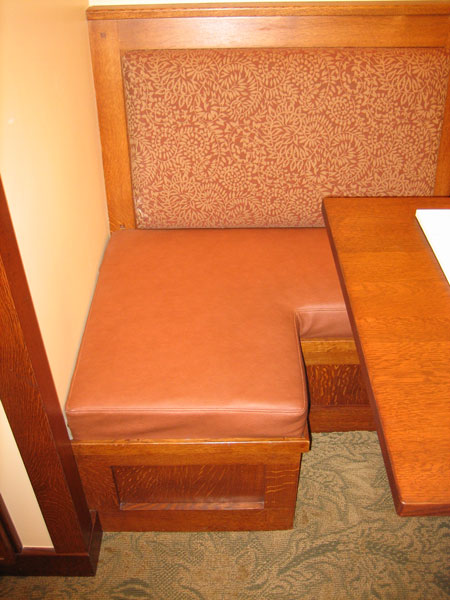 The "L" shaped bench will not make it into the final villa design.  Instead they are replacing it with a straight bench along the back wall and a stand-alone ottoman which will fit along the left wall.  The reason for the change is to allow guests the flexibility to move that ottoman elsewhere in the villa should they require extra seating in the dining room, living room, etc.

Disney also experimented with different designs for the master bathroom door.  Right now the plan is to use a sliding pocket door (as featured throughout the Grand Californian), but as of this writing the pocket door had not been installed in the model rooms.

There won't be any models of the two Grand Villas at the Grand Californian, but Disney provided us with a few details on this elite lodging category.

As for their location, one of the two Grand Villas will have a view of Disney's California Adventure... 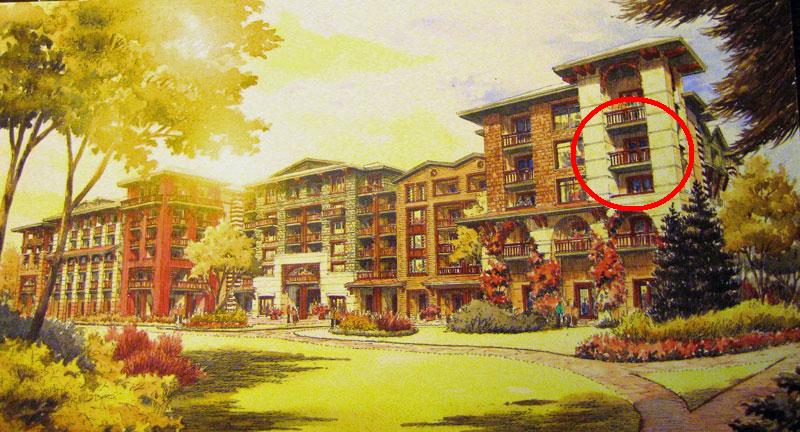 ...while the other will overlook the newly-enhanced pool complex... 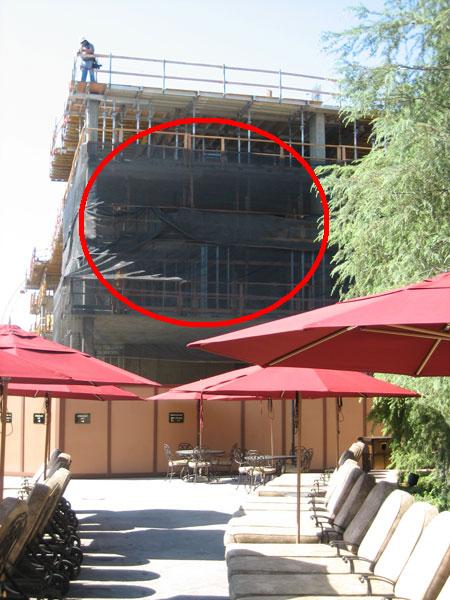