Comparing Early Sales for Riviera to Other Resorts

Whenever sales start for a new Disney Vacation Club resort, it doesn’t take long before someone asks “How is the new resort selling compared to other resorts?” 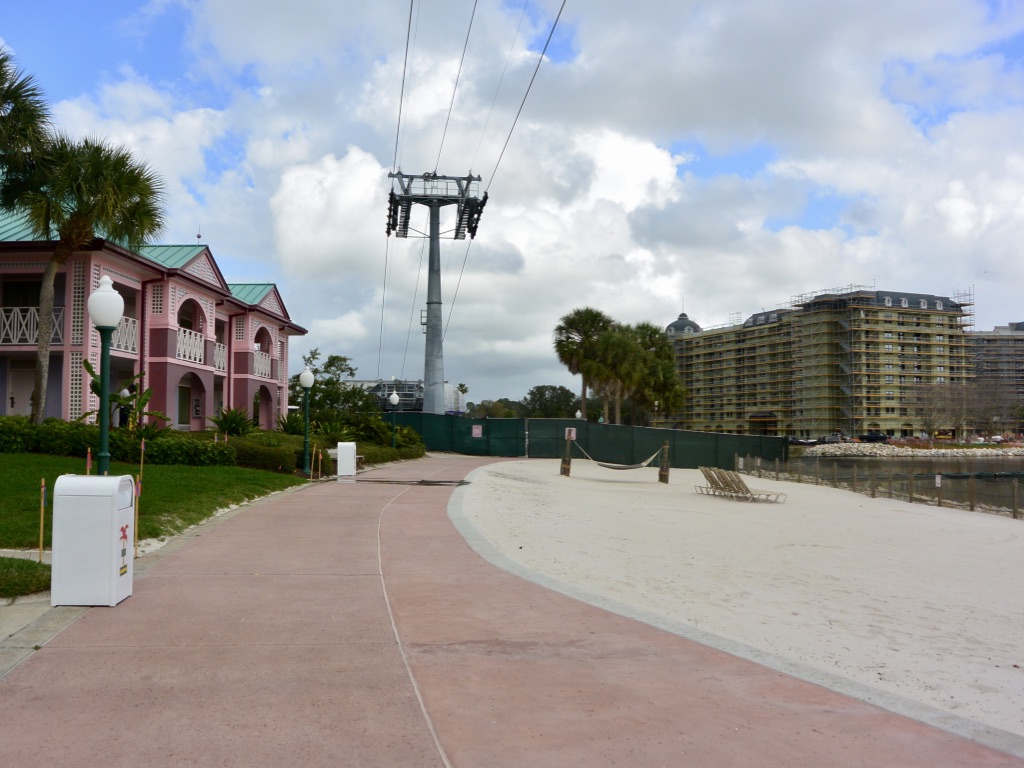 Sales for the newest DVC property, Disney’s Riviera Resort, officially started on March 27, 2019. It was another 16 days before the first deeds completed closing and were recorded with the Orange County Comptroller. Allowing some time for the deeds to be recorded, the Riviera sold 187,336 DVC points by May 30, 2019, a period of 65 days from when sales started.

How does that compare to the early sales for the three DVC resorts that debuted right before Riviera?

As shown on the chart below, Riviera sold more points in its first 65 days than Disney’s Polynesian Villas & Bungalows (126,382 points) or Copper Creek Villas & Cabins at Disney’s Wilderness Lodge (64,999 points) did in their initial 65-day periods. But the Villas at Disney’s Grand Floridian Resort & Spa is the clear leader in this category with 280,991 points sold in its first 65 days. 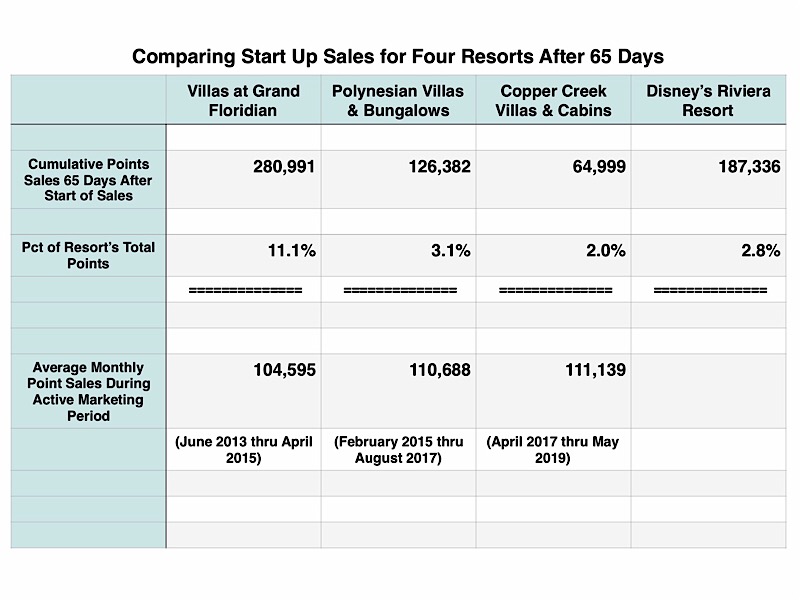 Can these early sales numbers help predict Riviera’s future sales? Probably not. Copper Creek had the weakest initial sales, both in terms of points and percentage of total points sold. But during the 26 months that it was actively marketed by Disney, it outperformed both the Grand Floridian and Polynesian. Copper Creek averaged 111,139 points in monthly sales during its active sales period, edging out the 110,688 points averaged by the Polynesian during its active sales period. Grand Floridian averaged only 104,595 points per month while it was being actively marketed.

Here are a few more things to keep in mind when looking at these early sales numbers:

Given all of these factors, it is difficult to draw conclusions based upon such a small sample of any resort’s total sales. The coming weeks and months will provide a clearer picture of how Disney’s Riviera Resort will ultimately fare in comparison to other recent Disney Vacation Club destinations.