We may soon say goodbye to the salmon-colored tile and corner tubs at one Disney Vacation Club property. 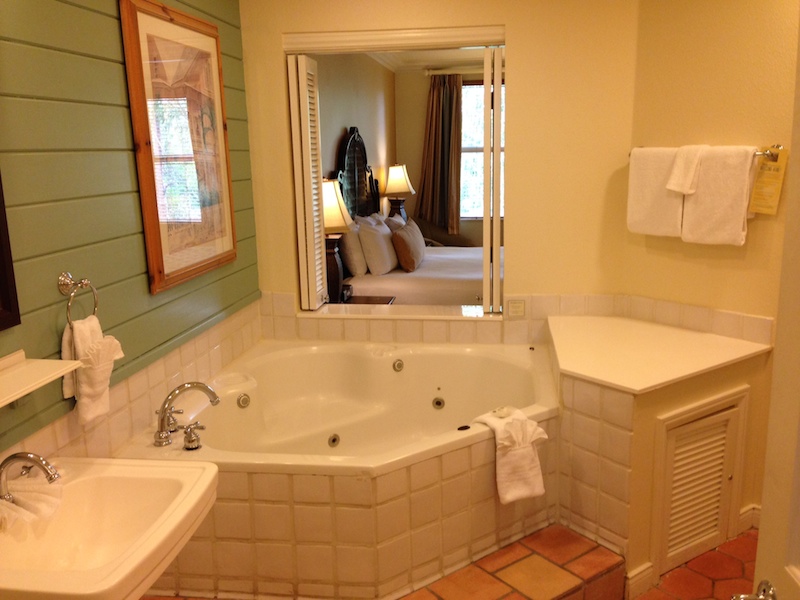 The 531 villas at Disney's Old Key West Resort will soon feature an updated look.  Work began earlier this month to renovate the rooms, with work reportedly being performed now in buildings 30-33.

The project was originally revealed back in summer 2016.  Scheduled to last nearly 2 years, the refurbishment was planned to commence in spring 2017 and run into early 2019.  The updated timeline is a bit more condensed, with Disney hoping to complete all villas by Summer 2018.

The delay was reportedly caused by poor reception to model rooms created during the planning stages.  Designers often renovate a small number of villas, seeking feedback from Disney staff members and even select resort guests.  There is no word on what design changes will accompany this refurbishment.

Old Key West villas were previously refreshed back in 2010.  However, this project was a rather modest update for the 20-year old property, adding solid surface countertops and laminate floors, while leaving many aspects like dated bathroom tile and kitchen cabinets untouched.  Disney claims this latest refurbishment will bring more substantial changes to the villa interiors.

Thanks to Gary for the tip!