Several "Notices of Commencement" have been filed with the Orange County Comptroller's office to perform in-room renovations at Old Key West resort.  The work is described as "Located in Grand Villa's (sp), demo kitchen flooring and replacing with new vinyl flooring." 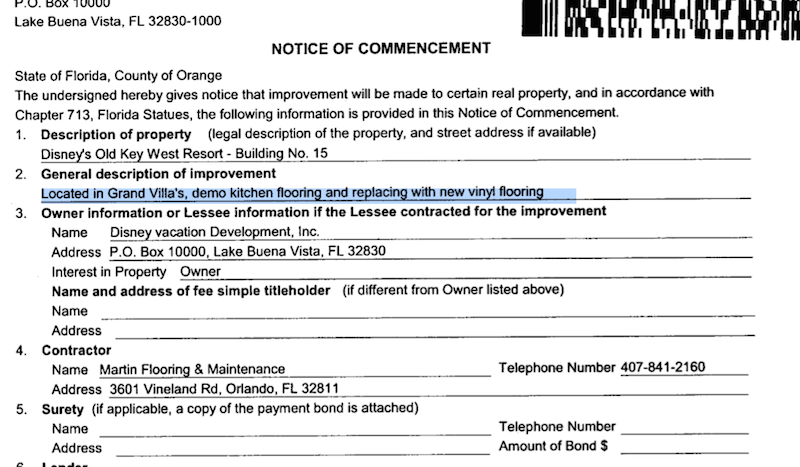 Identical notices have so far been filed for buildings 15, 16, 19, 43 and 49, representing five of the twelve buildings which are home to Grand Villas.

Guest rooms at Disney's Old Key West Resort underwent a year-long refurbishment process from 2010-2011.  It is not known if this vinyl flooring replacement represents an update to the '10-11 renovations or if original flooring was left in place during the earlier renovations.

Thanks to Wil Lovato for the tip!