Construction on Disney's Skyliner transportation system is now visible throughout the Epcot resorts area.  Following is a look at the current progress along with some new concept artwork showcasing how the finished product will look. 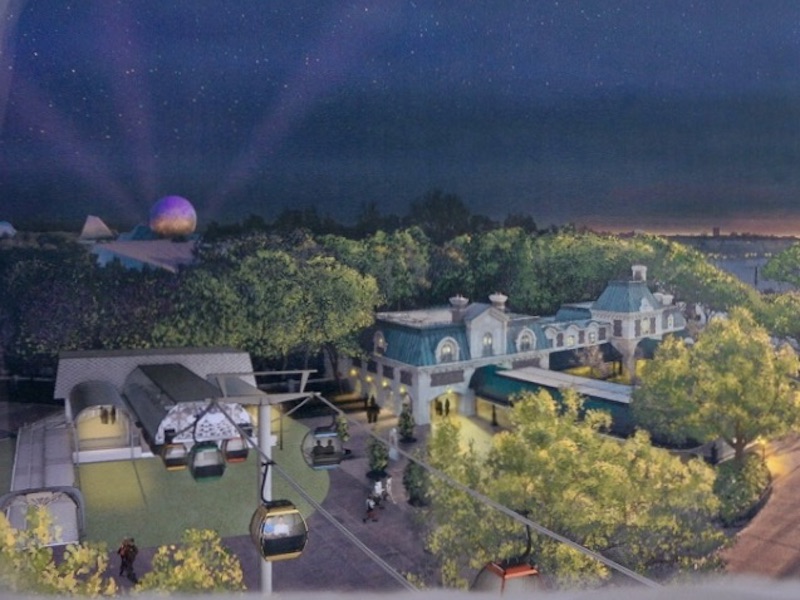 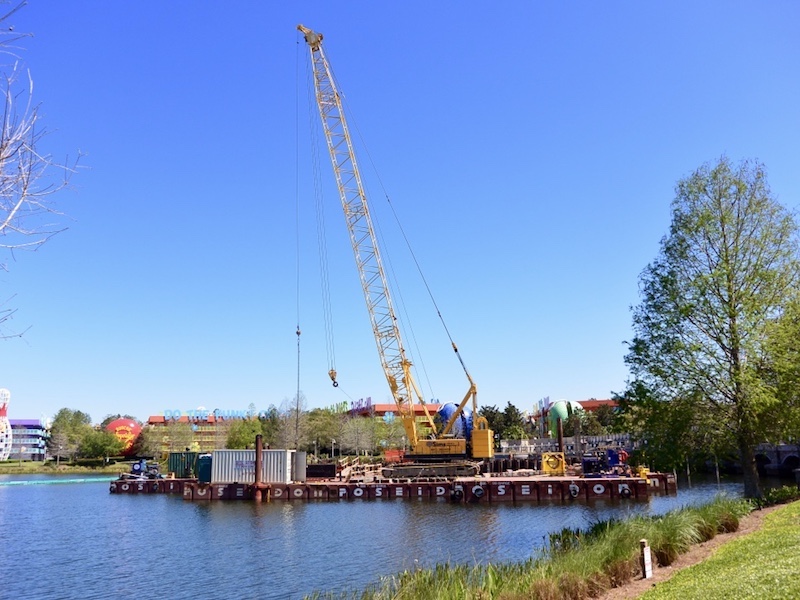 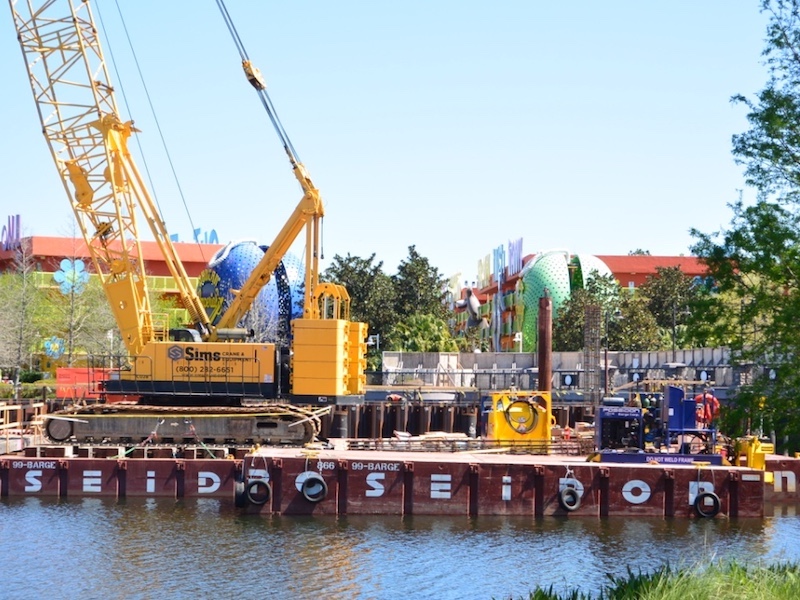 Closeup of the AoA/Pop Station 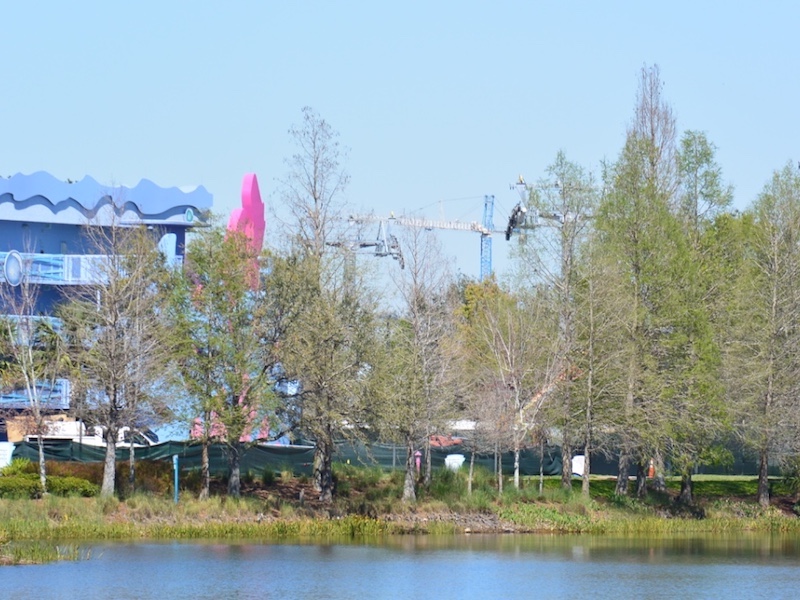 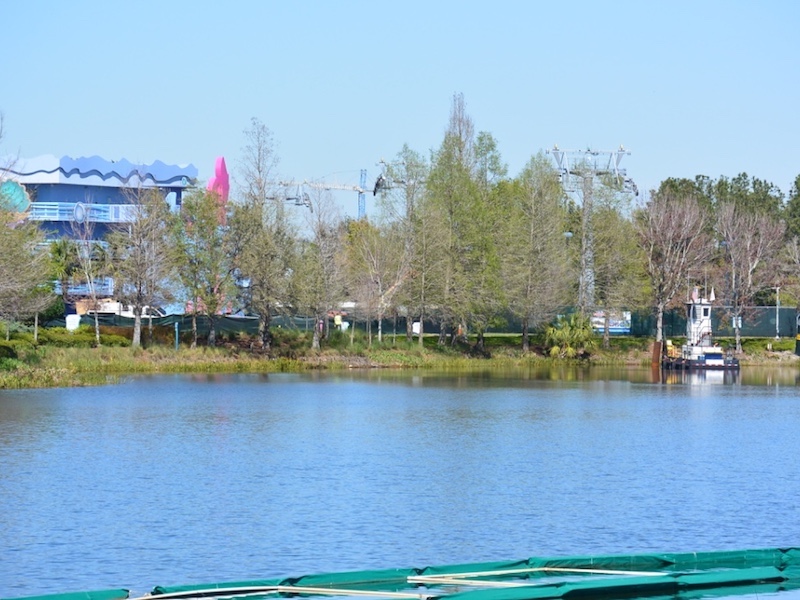 Skyliner towers that are between AoA and Caribbean Beach 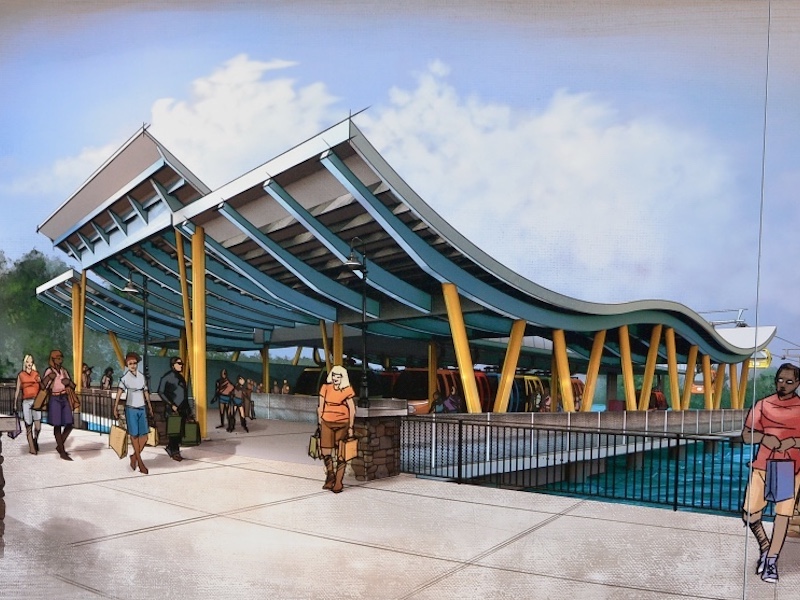 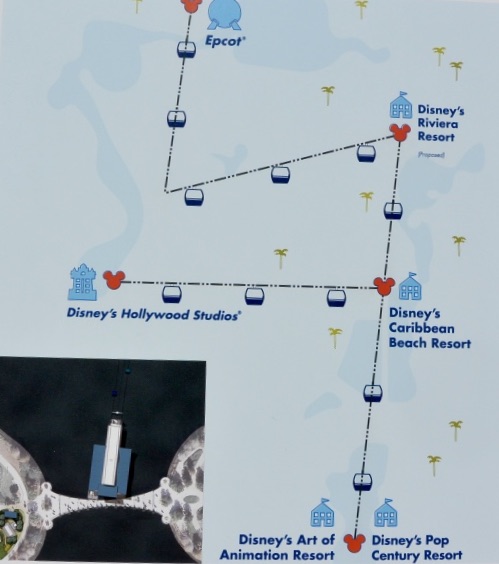 Path for the Skyliner with thumbnail of the AoA/Pop Station 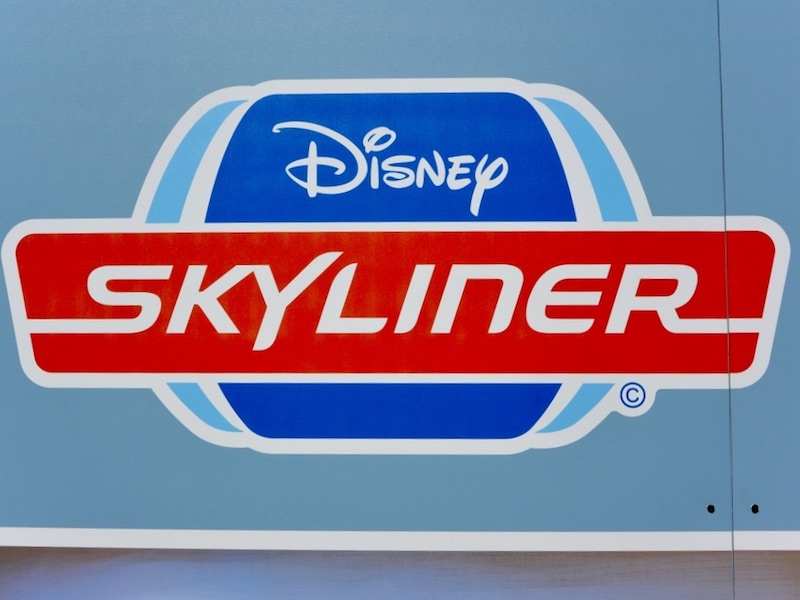 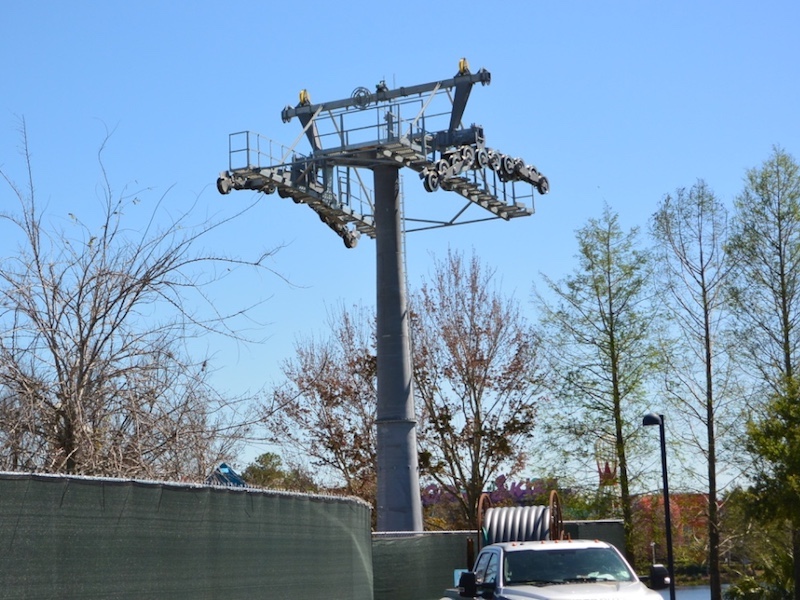 Skyliner tower on AoA property next to the Little Mermaid rooms 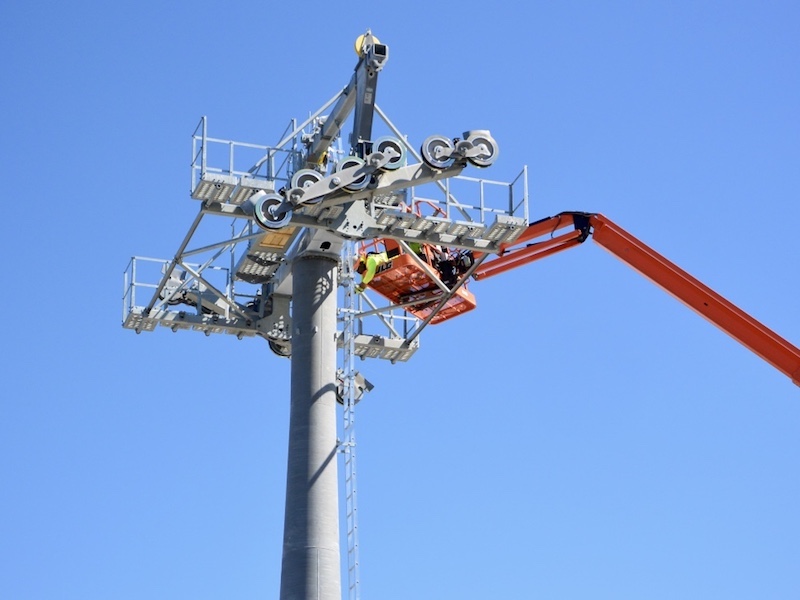 Worker on crane on tower directly north of previous image 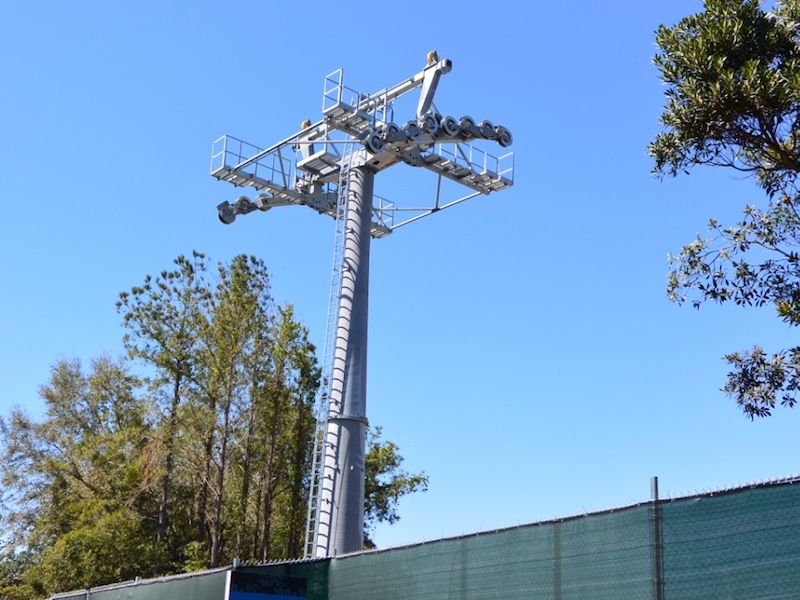 Another tower on AoA property 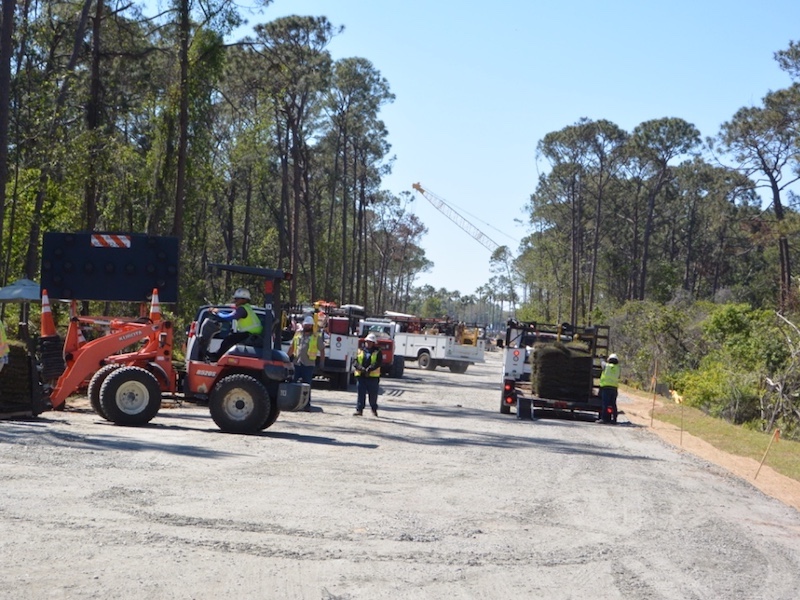 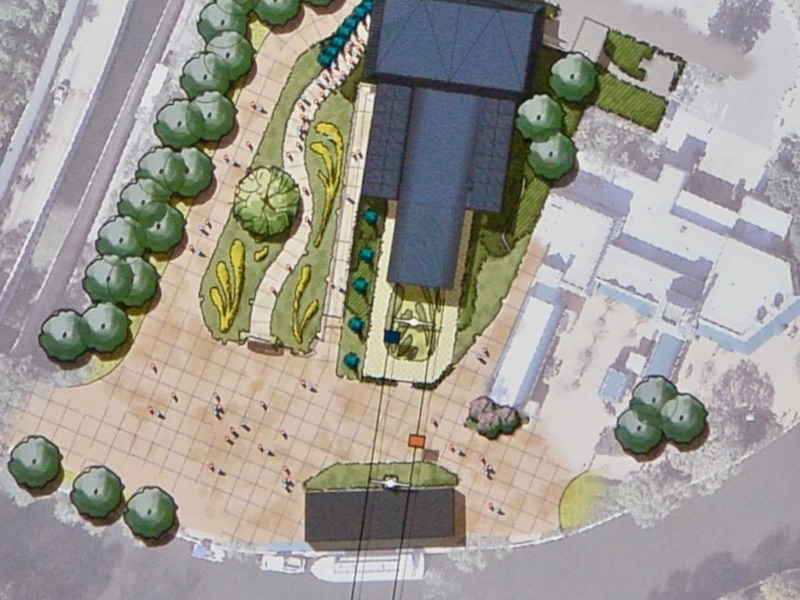 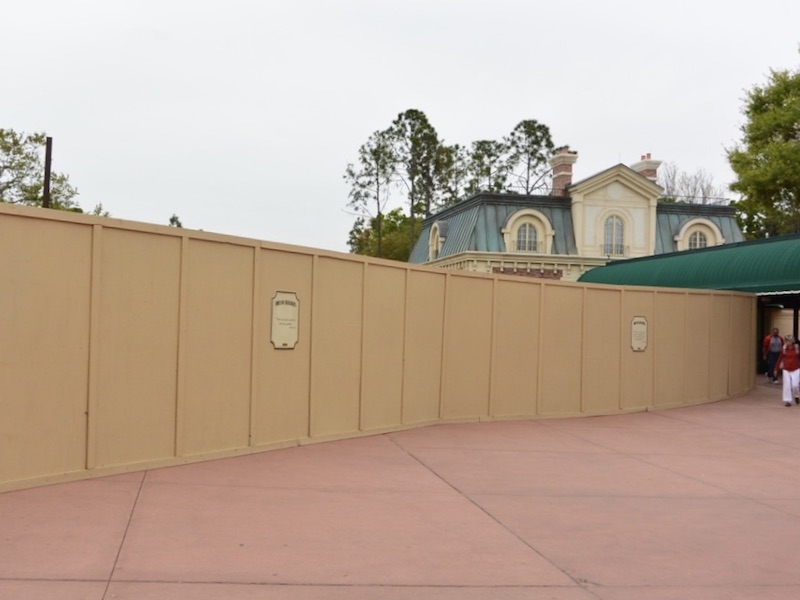 The Skyliner is scheduled to open by fall 2019 to coincide with the debut of Star Wars: Galaxy's Edge at Disney's Hollywood Studios and Disney's Riviera Resort, the fifteenth Disney Vacation Club property.

Thanks to Wil & Denise for the photos!