Six months ago, Disney Vacation Club announced a new policy which was primarily designed to boost their own sales.  But this change also had the potential to disrupt the secondary market, lowering the resale value of millions of DVC points. 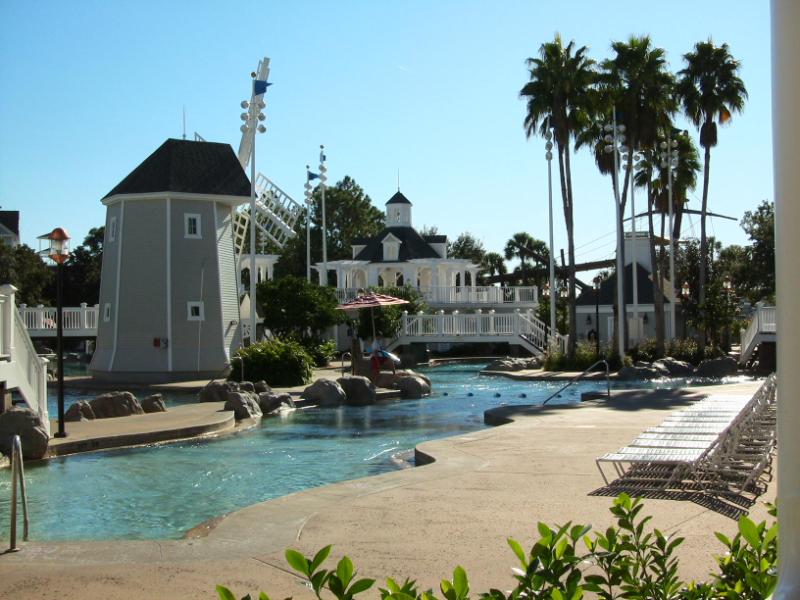 On April 4, 2016, Disney Vacation Club revealed that new members who acquired their points via the secondary market would no longer be eligible for a wide range of "Membership Magic" benefits.  Among the restricted perks are discounts on theme park admission including Annual Passes, a Disney merchandise discount which recently rose to 20% off retail, exclusive members-only events at Disney parks and more.  In order to be eligible for these perks, buyers had to have either purchased points resale before April 4 or buy points directly from Disney Vacation Club.

Resale purchase of DVC points has long been a lower-cost option for entering the timeshare program.  Prices vary by resort but some destinations like Disney's Hilton Head Island Resort and Disney's Vero Beach Resort are available for less than half the cost of a new, direct purchase of Aulani, Disney Vacation Club Villas or Disney's Polynesian Villas & Bungalows.

The newer resorts offered by DVC do typically feature a much longer ownership period.  Aulani and the Polynesian have 46 and 50 years (respectively) remaining on their contracts while Hilton Head and Vero Beach ownership will end in just 26 years.  Nevertheless, By imposing restrictions on owner perks, Disney clearly hoped to increase its own sales by blocking resale buyers from accessing a number of unique or money-saving perks.

Since the new resale restrictions were announced in April, direct sales of Disney Vacation Club points have risen significantly.  In the twelve months leading up to these new restrictions--a period ending March 2016--direct sales of the nine Walt Disney World based DVC resorts averaged 120,599 points a month.  In the four month period from May to August 2016, direct sales averaged 156,274 points, a 29.6% increase.

However, it is questionable whether the increase in sales is primarly due to Disney imposing the restrictions on resale perks.  A far more likely causal factor may be the sales incentives and discounts for the Polynesian Villas & Bungalows that Disney offered beginning in February 2016.

Dating back to the May 2013 sales launch for the Villas at Disney's Grand Floridian Resort & Spa, Disney Vacation Club had resisted offering incentives for purchases at its newest Florida properties.  This pattern continued with the 2015 introduction of the Polynesian.  But Disney began to alter its approach starting in February 2016 with a members-only incentive for adding points at the Polynesian.  A similar Polynesian discount was made available to all buyers a month later.

Before the incentives were announced, the Polynesian averaged only 78,868 points in monthly sales; since March 2016, the resort has averaged 142,614 points in sales.

Whether due to sales incentives or the perk restrictions, the last six months have clearly been very good for Disney Vacation Club.  But what about the resale market?

So far, the resale restrictions do not appear to have depressed the resale market, at least not in terms of the price paid for resorts like the Grand Floridian or Disney’s Beach Club Villas.   As shown in the chart below, the average sales price has actually increased for both resorts. 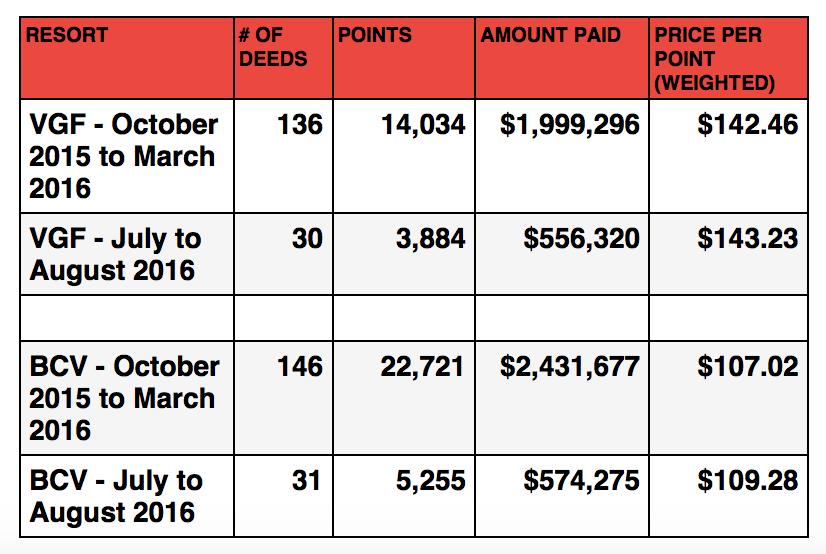 In the six months ending March 2016, deeds filed with the Orange County Comptroller (OCC) showed that resale buyers paid an average of $142.46 per point for the Grand Floridian and $107.02 per point for the Beach Club Villas.  Resale transactions recorded in July and August 2016 show the average sale price had risen to $143.23 and $109.28 for the Grand Floridian and Beach Club Villas, respectively.

The Timeshare Store--a resale broker specializing in Disney Vacation Club contracts and sponsor of DVCNews.com--reports little change to its selling prices or volumes since the April changes were announced.  Associate Jason Padilla of The Timeshare Store says that they did experience a modest decrease in demand immediately following DVC's announcement.  However, according to Padilla, "once we educated our new buyers about the true value of using the membership, it has not been an issue."

For the time being, many resale customers already own DVC points which grant them access to the member perks.  But for new buyers, one alternative to consider is splitting a purchase between direct and resale in order to both save money and gain access to the owner benefits.  Padilla tells of one recent customer who valued access to the DVC member lounge in Epcot.  His advice:  "purchase a small amount of points directly from Disney and the majority of their points in the resale world."

Thomas Yeary, owner of The Timeshare Store reminds potential buyers that "the better price when you purchase, the easier it is to sell without taking a big hit."

In the immediate aftermath of these April 2016 benefit limitations, the DVC timeshare landscape does not appear to have been altered to any signficant degree.  Disney continues to sell points at a strong pace--whether due to more attractive pricing, perk restrictions or some combination of both factors.  Meanwhile resale transactions for a select number of resorts have shown no decline in pricing or volume, and one resale partner reports no disruption to their business.

Perhaps we are experiencing a strong demand for Disney Vacation Club points which is collectively propelling both markets.  Perhaps some owners have viewed the expanded perk offerings--like the Epcot lounge and after-hours parties--as reason to hold onto points rather than selling.  A lower supply of available resale contracts can also have a positive impact on pricing.

Over time, as the economy and other factors exert varying pressure on what is clearly a luxury purchase, other trends may emerge.  Older DVC resorts are already seeing some decline in value as their contracts inch closer to a January 2042 expiration date.  But for now, there is little evidence to suggest that the DVC resale market has been harmed by this change.