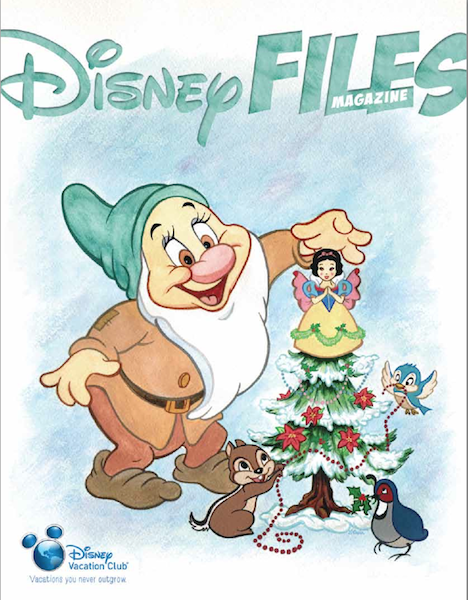 Disney Files Magazine is a quarterly publication offered exclusively to Disney Vacation Club members.  Print copies are mailed to members' homes.  The current issue and several years worth of back issues can be downloaded in PDF format from DVCMember.com.  PDFs are viewable on computers, tablets and many other mobile devices.