Points Charts for 2022 Reflect Inflation Over Prior Years

Written by Tim Krasniewski. May 27 2021 Posted in General DVC News

Reallocations to several of the Disney Vacation Club points charts for 2022 contain total year costs that are slightly higher than the charts published for years up through 2021. 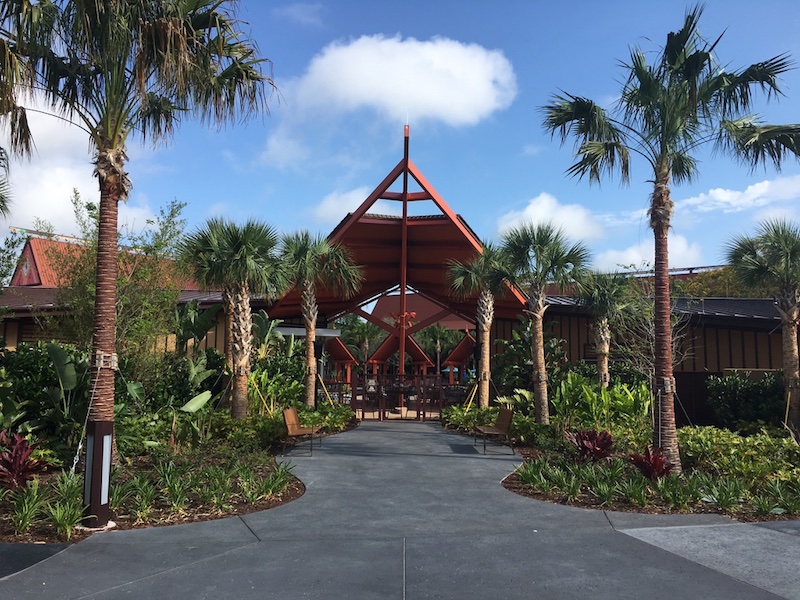 In recent years, Disney Vacation Club has made a number of changes to the points charts at its resorts. Adjustments to the charts are not only provided for in the governing program documents, but the timeshare management company is obligated to periodically adjust the rates in response to owner demand. To compensate, periods of increased demand would see their nightly point costs raised while slower periods receive an offsetting point reduction.

Such an adjustment occurred with the 2021 points charts, which expanded the calendar from 5 seasons to 7 and saw a number of dates moved from one season to another. Among the most noteworthy changes was the increase in cost for many dates in October and November, while May and June dates were made cheaper than the same night in 2020.

This reallocation continued into 2022. DVC Resorts’ Public Offering Statement (POS) states that no single night can increase in cost by more than 20% from one year to the next. Thus, a necessary adjustment to the charts can require multiple years if booking trends dictate that the cost of certain nights rise by more than 20%. 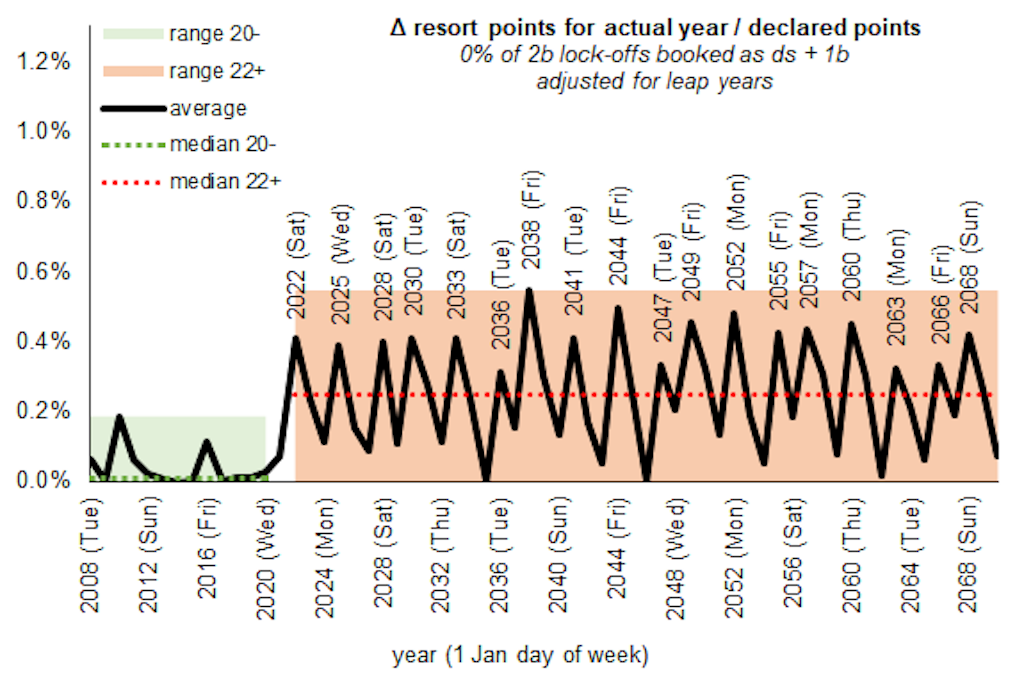 In 2022, the seven seasons evolved with further adjustments to cost and dates contained in each period. But, there is one major difference between the 2021 reallocation and the 2022 changes. The 2021 modifications were mostly point neutral. In other words, the cost to book all villas for all nights in 2021 was about the same as in 2020 (after adjusting for 2020 being a leap year.) However, the 2022 charts reflect a modest overall increase in the number of points required to book all rooms for all nights.

The chart above is a summary of past and future point requirements for all Walt Disney World-based resorts relative to their fully declared points, with the black line illustrating how totals vary from year-to-year. Some variance is normal, caused by holiday placement and other calendar changes. Normally, leap years would also affect point totals year-to-year but this chart has been adjusted to remove the leap year impact. The green dotted line represents the median point cost for all years up to and including 2021 while the red dotted line is the median increase in annual costs for 2022 and beyond.

The single-year black spike for 2022 reflects a 0.40% increase in total points over the prior years’ median. In 2022 alone it costs 205k more points or 0.33% more to book all Disney Vacation Club villas in Walt Disney World than the points charts for 2021.

While 2022 in particular represents a spike in points, the long term application of this new point chart would still be a departure from past charts. Should DVC continue to utilize the same core points charts for 2023 and beyond, the median increase runs 0.24% higher than 2021 and before. Considering the median from 2021 and before was 0.01%, this represents a ~2,200% increase in error. 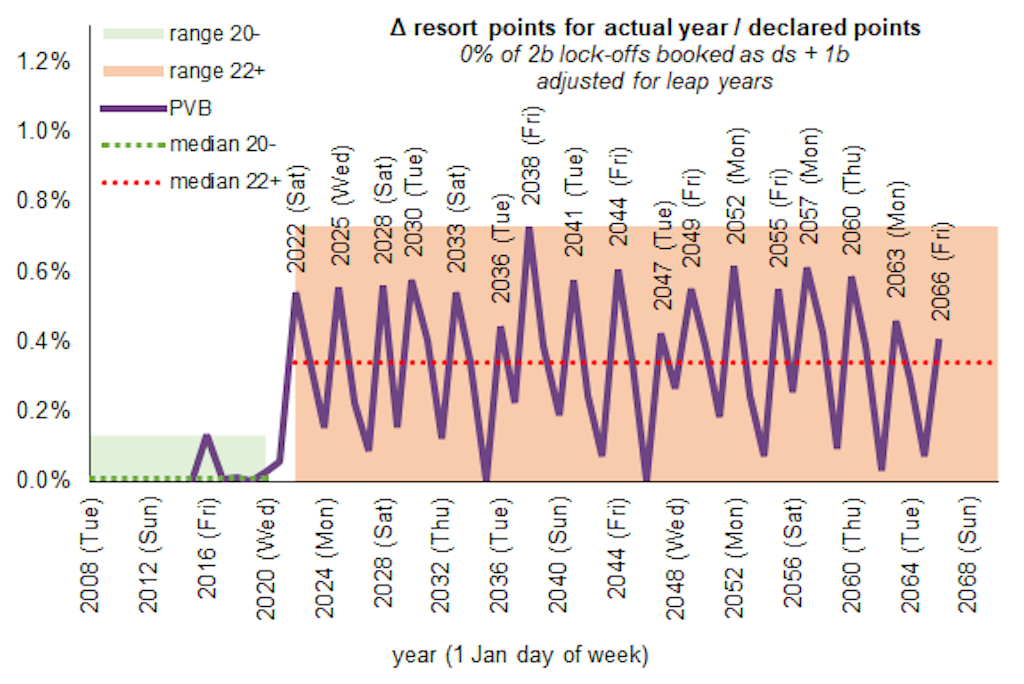 The impact on individual resorts varies, with some increases larger than others. Disney’s Polynesian Villas & Bungalows (above) is set to see its 2022 point costs rise 0.53% over the prior median with a long term increase of 0.33%. 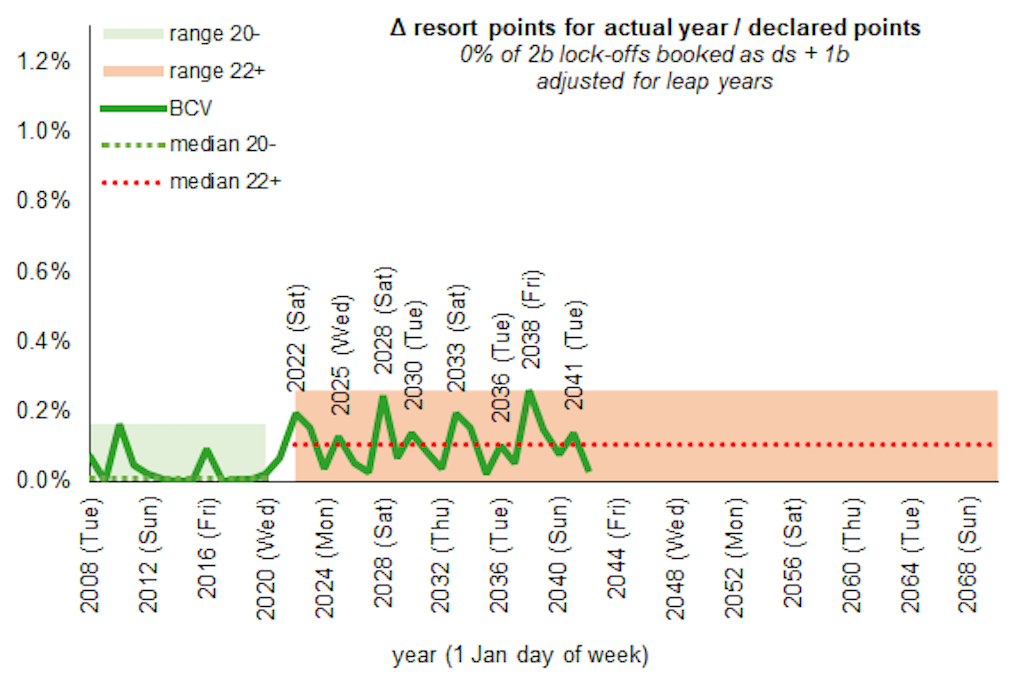 It is important to note that these long-term projected medians will only hold true if Disney Vacation Club foregoes changes to the Walt Disney World resorts’ point charts in 2023 and beyond. Further reallocations in 2023 could correct the variance, leaving 2022 as the only year subject to this inconsistency.

A number of owners have contacted Disney Vacation Club management to voice their concerns. At least one member was reportedly told that DVC was considering reissuing points charts for a portion of 2022 to correct for the inflation. Officially there has been no confirmation of such plans. We made inquiries to a Disney Vacation Club spokesperson and have not received a response.

Back in 2018, DVC released points charts for 2020 which inflated the number of points required to book the Studio and One Bedroom portions of a Two Bedroom Villa. DVC later amended those 2020 charts to correct the error.

We will update this story if additional information is received.

Thanks to Wil and Chris for their contributions!