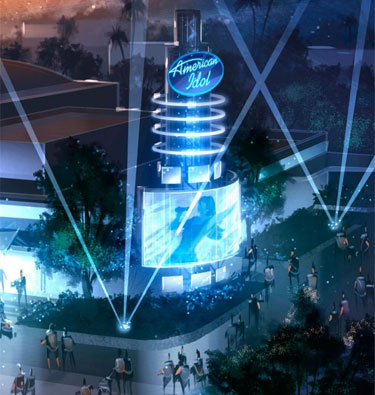 Matt Hochberg from StudiosCentral.com is reporting that Disney Vacation Club members and Annual Passholders will be able to preview the new American Idol Experience at Disney's Hollywood Studios on February 5-8, 2009.

Hochberg recently toured the new attraction and received details of the member preview from a Disney marketing representative.  The four-day member preview will be followed by a press event on February 12, 2009 and the public Grand Opening on February 14, 2009.

The report also provides a few details about the new attraction's execution.  Shows will occur at the top of each hour, approximately 7 times per day, with each show running 20 minutes.  The daily finale will run 40 minutes and be presented at 7:00pm.