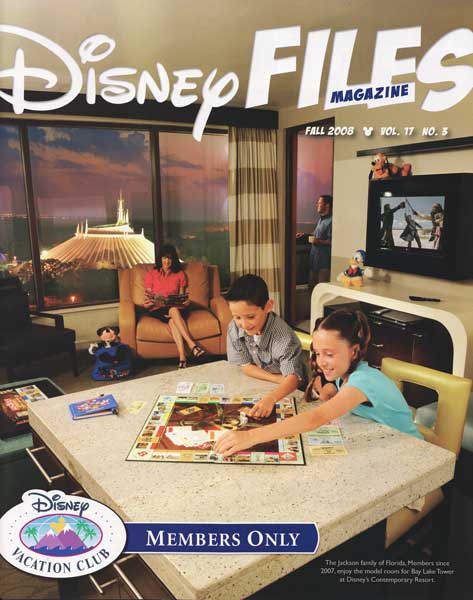 The Fall 2008 issue of Disney Files Magazine has been published and will soon begin arriving at members' homes.  Included is even more coverage of the Bay Lake Tower at Disney's Contemporary Resort plus some new information on the Animal Kingdom Villas' Kidani Village.

Those who are anxiously awaiting new details for the Villas at Disney's Grand Californian or the previously-annouced Hawaii resort may be disappointed as there is no substantial coverage of either project.