Registration for the June 2020 Moonlight Magic session was initially postponed by four weeks; now it has been shelved indefinitely. 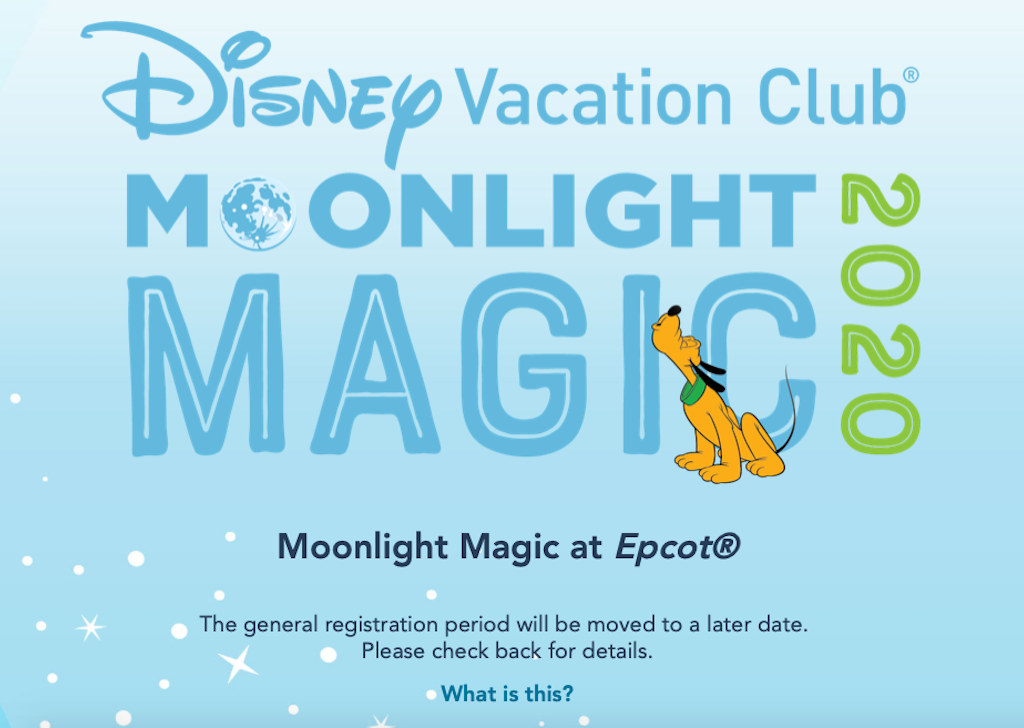 Disney Vacation Club has already cancelled the Epcot event planned for May 4, along with the final two Magic Kingdom sessions in April. One remaining Epcot event, scheduled for June 29, remains on the calendar, albeit under a cloud of uncertainty as the theme parks and resorts remain closed.

The next registration period does not occur until June 17 when DVC is slated to accept bookings for July and August Moonlight Magic events at Typhoon Lagoon water park.