Written by Tim Krasniewski. May 29 2019 Posted in Member Perks News

A Disney Vacation Club perk restriction that has been in place for more than a decade was lifted earlier this year. 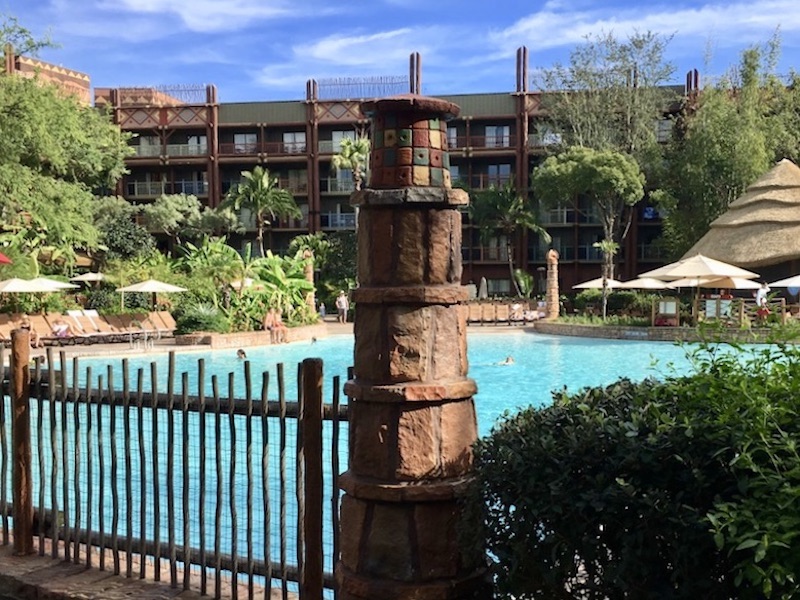 Disney Vacation Club's pool hopping perk allows members staying at Walt Disney World to visit other resort pools for the occasional change of scenery. For many years, only two resorts were excluded from this perk: Disney's Yacht and Beach Club Resorts and Disney's Animal Kingdom Lodge. Long before Disney Vacation Club villas were added to Jambo House, members were unable to hop to resort's Uzima Pool. Even after the 2009 opening of Kidani Village, the new Samawati Springs pool was also excluded.

The restrictions were adjusted earlier this year and hopping is now permitted to both feature pools at Disney's Animal Kingdom Lodge and Villas. This addition occurs as the pools of Disney's Grand Floridian Resort & Spa were removed from the list of eligible destinations.

Given the unexpected--and unpublicized--nature of this change, we reached out to a DVC spokesperson who was able to confirm that the above modifications went into effect near the start of the 2019 calendar year.

Pool hopping is open to all DVC owners; eligibility for the Membership Magic perks is not required. However, pool hopping is subject to a series of blockout dates around major holidays including Memorial Day, Independence Day, Labor Day, Thanksgiving and Christmas. Remaining blockout dates for 2019 and early 2020 are as follows:

Pool hopping availability is subject to capacity limitations at all locations and the perk may be discontinued at any time.