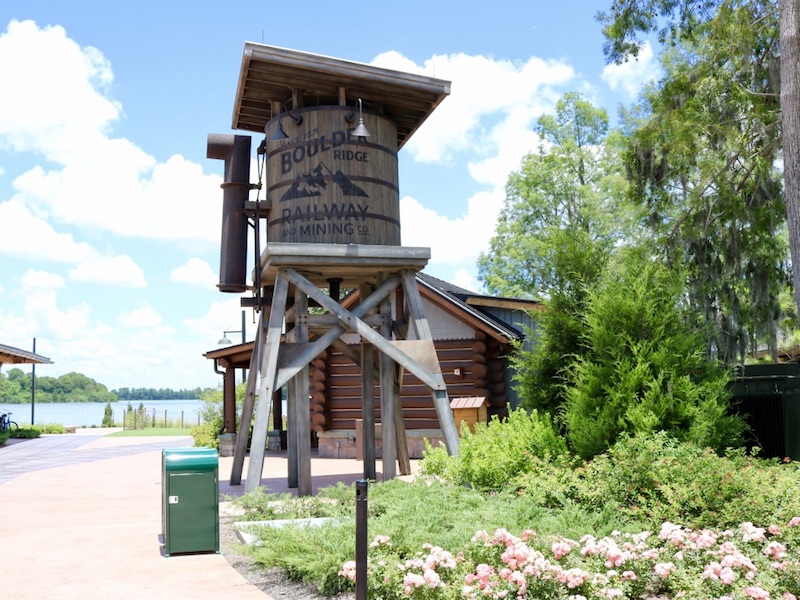 Median private resales pricing were flat to down in December across most resorts.  The one exception was Boulder Ridge Villas at Disney's Wilderness Lodge with an increase of $7 per point from $123 to $130 per point.  However, this specific increase was driven by Disney Vacation Development's buyback activity that captured low priced Boulder Ridge contracts.

13 (65%) of the 20 Boulder Ridge contracts recorded in December were buybacks with a maximum buyback price of $120 per point; the other 7 (35%) contracts were private resales.  The buyback contracts were also larger and therefore in total, 2.4k points (74%) were buybacks and 0.9k points (26%) were private resales.  December alone had more than double the buyback activity from the prior 11 months (1.2k points from January to November). 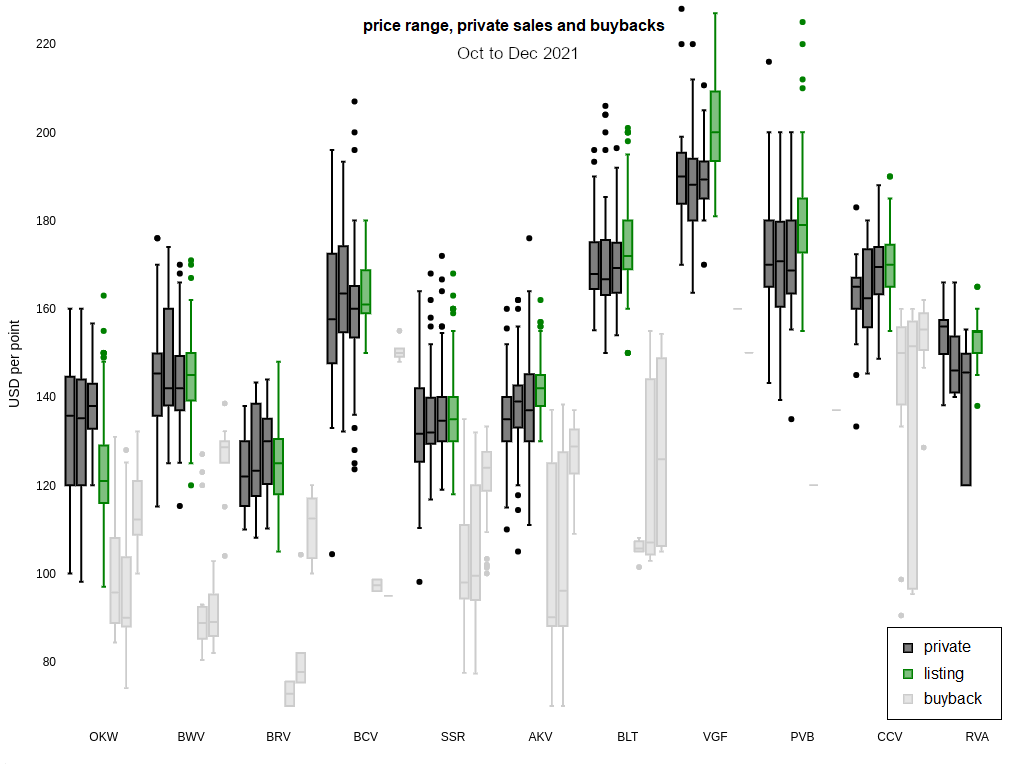 This has been happening across most resorts since roughly mid-2021, though in less dramatic fashion.  From January to August, the average monthly buyback volume was 27k points.  For the last 4 months (September to December) the average monthly buyback volume was 51k points.  This increase in buyback activity has drained away the otherwise cost effective contracts from the pool of private resales reported, again affecting private resale summary statistics.  The value buyers are willing to pay for specific sizes of contracts at each resort has not changed significantly since July 2021.  What has changed is that the larger, lower cost contracts are being absorbed from the private resale market via buybacks at a higher rate.

Resale prices for Disney’s Riviera Resort continue to fluctuate. Useful conclusions remain elusive with only 79 total contracts sold in 2021, five of those during the month of December.

In total, 51k points across 365 private sale deeds were recorded in December 2021 with the Orange County (FL) Comptroller, a decrease of 13% over the prior month. This number was lower than the 111k direct points sold for the same resorts.

Buyback volume decreased overall by 10% to 49k points.  While below the 51k points of private resale activity for the month, it does remain a similar volume.  Disney Vacation Club has been pursuing buybacks directly with owners which likely contributed to this.  The biggest individual changes in buyback volume were the previously mentioned increase in volume at Boulder Ridge from 1.3k points to 2.1k points and a similar increase at Beach Club from 0.1k points to 1.4k points.  This increase in buyback activity coincides logically with the maximum buyback prices at these resorts.

A single 1,291 point fixed week deed at The Villas at Disney's Grand Floridian Resort was bought back.  The fixed week was for a Grand Villa during week 31 (check-in on 31 Jul 2022).  Thanks to Wil for finding this one.

Exercising its Right of First Refusal to buy back points can be a profitable venture for DVD. As the above price range data illustrates, DVD is frequently able to reacquire points for under $110 each at resorts like Disney’s Animal Kingdom Villas and Disney's BoardWalk Villas. Disney then sells the points to new buyers, with published prices currently $186 each for Animal Kingdom and up to $230 for BoardWalk.

Old Key West remains a target of buybacks with DVD exercising its Right of First Refusal on a significant portion of recorded sales (81% of recorded points) for a maximum price of $132 per point. Across all Walt Disney World resorts, 49% of points (49k points across 262 buyback deeds) were recorded in December 2021. In the case of Old Key West, Disney is able to re-acquire contracts slated to end in 2042 and bundle them with the resort’s 15-year extension.