It appears some credits will be forthcoming to some Disney Vacation Club members as a result of overpaid property taxes in 2021. 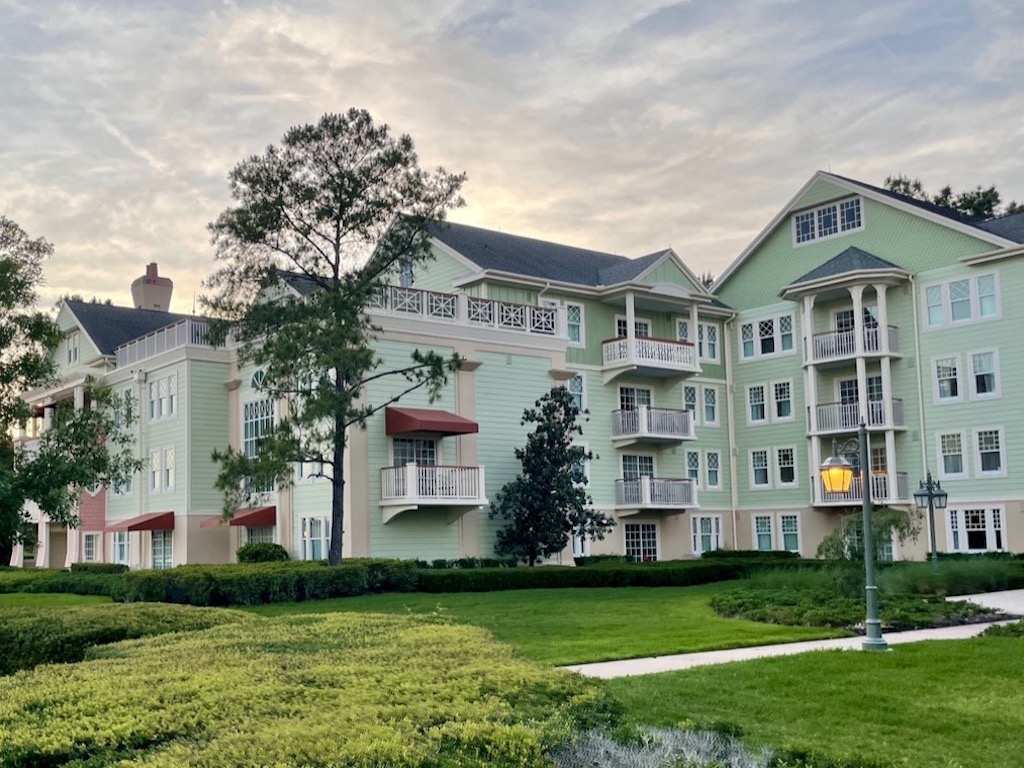 In December of each year the DVC Board of Directors approves the annual budgets for the DVC resorts.  When the budgets are approved, the Board can only estimate what the property taxes may be for the upcoming year.  This is because the actual tax amount charged against a resort in Florida is not finalized until late in the following year.

In some years, the estimated taxes are higher than the actual tax amount.  When that happens a credit is applied to the maintenance fees that will be billed in the following year.  If the actual tax amount is higher than the estimated amount, then an additional charge is assessed and added to the maintenance fee billed in the following year.

For example, in December 2020 the Board estimated that the 2021 property taxes for Disney’s Saratoga Springs Resort & Spa would be $1.3295 a point.  This amount was included in the 2021 maintenance fees for Saratoga Springs owners and due by January 15, 2021.

The final 2021 tax bills were recently released by the Orange County Tax Collector and they show that Saratoga Springs will actually pay about $15,852,577 in property taxes, which equates to about $1.1298 per point.  Since Saratoga Springs’ actual tax amount is less than the estimated amount, owners of that resort should see a credit of roughly $0.1997 per point. ADVC member owning 100 Saratoga Springs points should expect to have a credit of close to $20 appear on their 2022 Annual Dues statement for overpaid 2021 taxes.

Earier this week we provided a summary of the changes to resort values and millage which make up the tax rates for calendar year 2021.

The chart below illustrates the amount of credit that the DVC resorts at Walt Disney World should receive due to overpayment of 2021 property taxes.  Disney’s Riviera Resort is not included because its property tax information is not fully available. 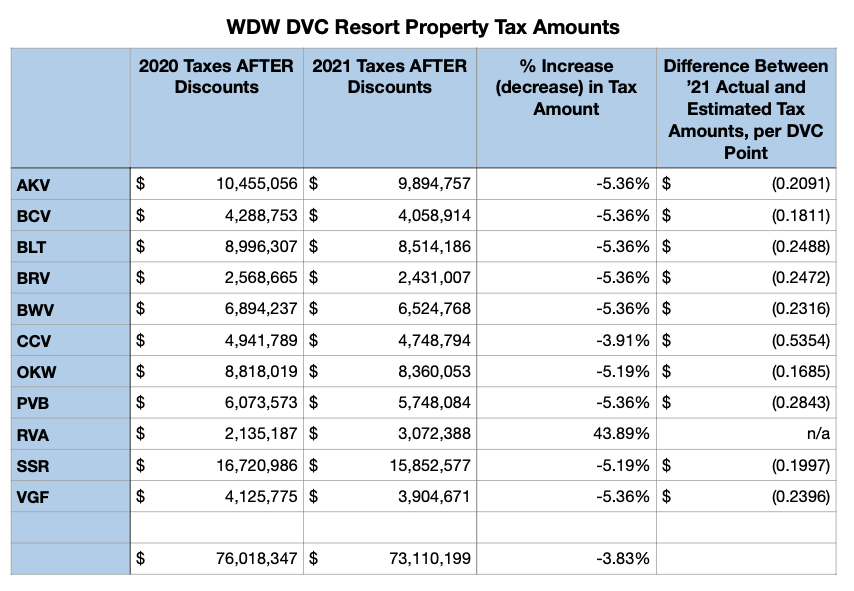 Please note that these numbers are estimates only, based on publicly available property appraisals and tax rates.  Members should rely on official information released by Disney Vacation Club to determine what, if any, credits they may be due.

Also note that substantial annual dues credits were applied to most owners' accounts in 2021 due to resort closures and other COVID-19 impact from the 2020 year. Individuals who have owned DVC for more than a year should expect a net increase in their 2022 dues as a result of those 2020 credits no longer being applied.