May 2021 Sees Decline In Private Sales and Buyback Volume

Private sales of Disney Vacation Club points saw -32% reduction in volume for May 2021, reversing the increase witnessed in April. 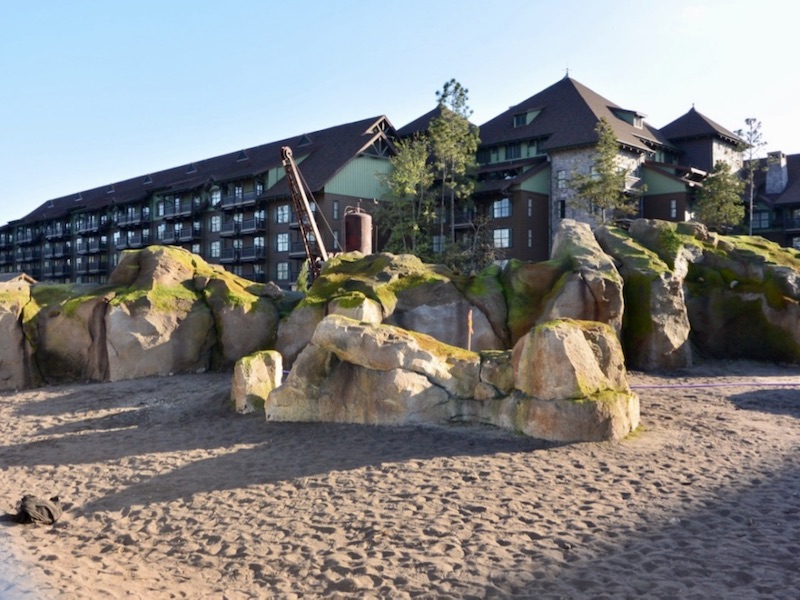 Data from private sale deeds transfers in May 2021 show resale median pricing rising for most of the resorts by $2-4 per point or 1-3%. 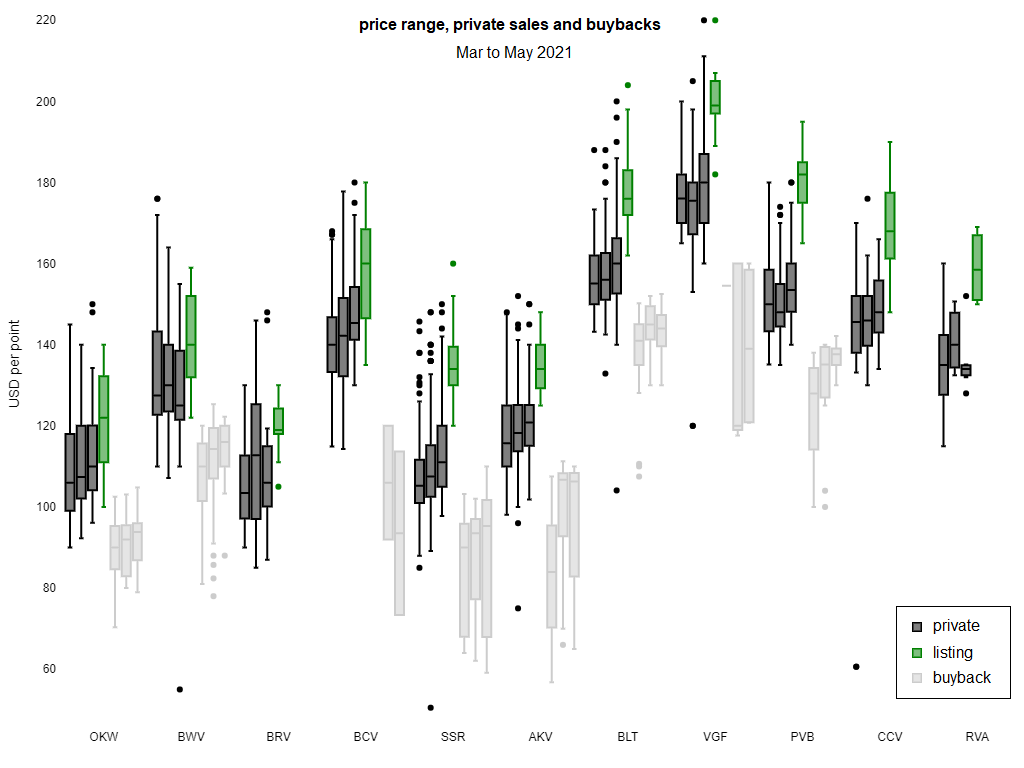 Boulder Ridge Villas at Disney's Wilderness Lodge median pricing continued its unusual trajectory in May 20201. Median pricing decreased by $7 per point in May after increasing by $10 per point in April. The higher number of small contracts recorded in April vs. March was reversed in May which contributed to this median price decrease. No contracts less than 50 points were transferred in May, while April had four sub-50 point contracts. Smaller contracts tend to yield a higher per-point price due to increased buyer interest.

Applying regression to account for price vs. contract size, the general pricing for Boulder Ridge appears to have an increase of +$3 per point vs. the median decrease of -$7 per point from April to May. 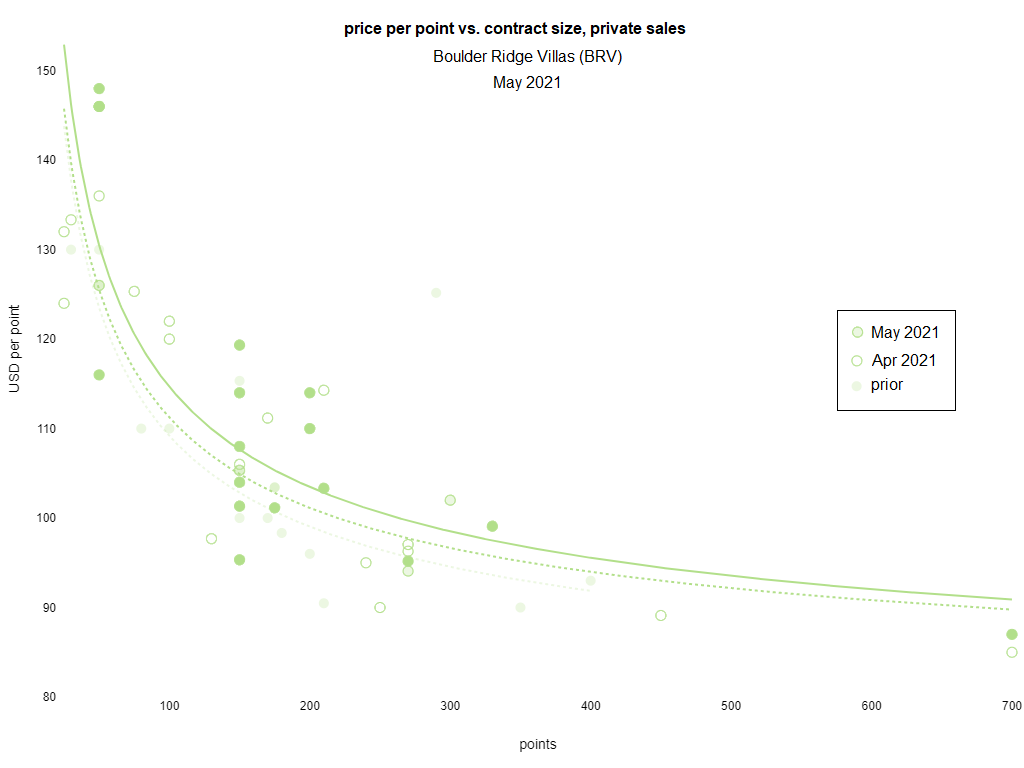 Similarly, Disney’s BoardWalk Villas and Disney's Polynesian Villas & Bungalows have median price changes that were driven by contract size and not by increasing or decreasing buyer valuations. It is a good reminder that distilling resale pricing to a single number can gloss over the complexity of the DVC resale market. Trends over time and more detailed analysis of pricing vs. contract points will provide more useful insights.

Resale prices for Disney’s Riviera Resort continue to fluctuate. Useful conclusions remain elusive with only 25 total contracts sold in 2021, seven of those during the month of May.

In total, 77k points across 503 private sale deeds were recorded in May 2021 with the Orange County (FL) Comptroller. This number is comparable to the 135k direct points sold in May for the same resorts.

Disney Vacation Development’s buyback activity in May suggests the maximum buyback price increased by $8 per point at Disney's Saratoga Springs Resort & Spa to $110 per point. The remaining resorts had small fluctuations in maximum buyback prices but were generally flat from April. Buyback volume was down overall by -32% at most resorts with Saratoga Springs and Disney's Beach Club Villas having minor increases in activity.

Exercising its Right of First Refusal to buy back points can be a profitable venture for DVD. As the above price range data illustrates, DVD is frequently able to reacquire points for under $100 each at resorts like Disney’s Animal Kingdom Villas and BoardWalk. Disney then sells the points to new buyers, with published prices currently $186 each for Animal Kingdom and $210 for BoardWalk.

Disney’s Old Key West Resort remains a prime target of buybacks with DVD exercising its Right of First Refusal on the majority of recorded sales (54% of recorded points) for a maximum price of $105 USD per point. Overall, 23% of points (24k points across 116 buyback deeds) were recorded in May 2021. In the case of Old Key West, Disney is able to re-acquire contracts slated to end in 2042 and bundle them with the resort’s 15-year extension.