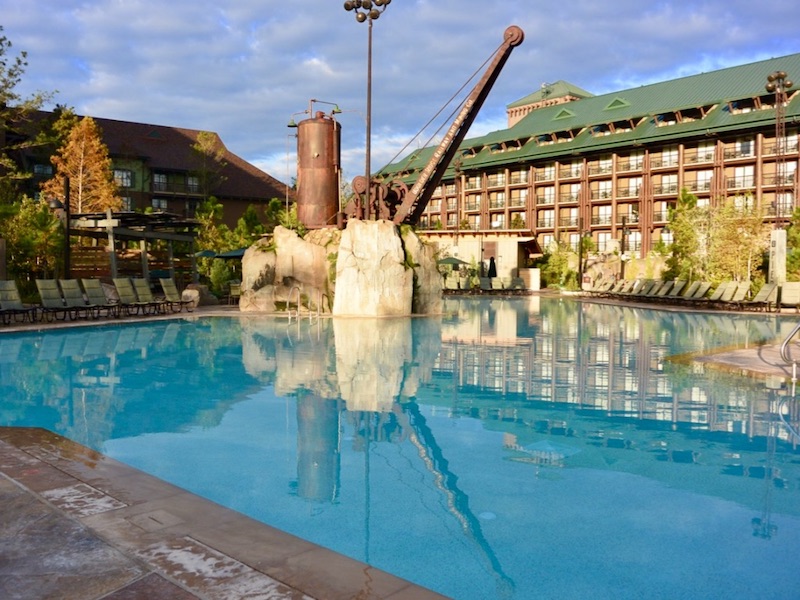 Now that Copper Creek Villas & Cabins at Disney’s Wilderness Lodge has become the focus of Disney’s marketing at Walt Disney World, it accounts for almost two-thirds of all Disney Vacation Club points sold in February 2018. For the month, 214,378 points were sold for the ten DVC resorts at Walt Disney World, an increase of 42.1% same month in 2017 and the best sales total for a February since we began tracking direct sales in July 2010.

In February 2018, 117 deeds were sold for 25 points or less. These small point deeds accounted for 6.5% of all deeds sold in the month but only 1.3% of the total points sold. Disney announced that beginning February 25, 2018, new DVC members will need to own at least 75 points that were purchased directly from Disney to qualify for Membership Extras. Since these sales figures are based upon the date deeds are filed with their respective counties, this mid-February announcement likely came too late to have a significant impact on February sales.

Since sales started in March 2017, Copper Creek has averaged 69,465 points a month. But since Disney stopped actively marketing the Polynesian, Copper Creek's average has risen to 106,248 points per month over last three months. This is similar to what the Polynesian (107,353 points/month) and the Villas at Disney’s Grand Floridian Resort & Spa (105,440 points/month) averaged throughout their active lifetimes.

If Copper Creek continues to average about 106,248 points in month sales, it will take about 24 months, or until February 2020, before it is completely sold out. Disney's Riviera Resort, the next Disney Vacation Club property, is scheduled to open in the Fall of 2019. This would follow Disney’s recent past practice of having sales at one resort at Walt Disney World winding down as another is gearing up.

Disney’s Polynesian Villas & Bungalows — The Polynesian sold 51,880 points in February 2018. Although Disney still has about 38,000 unsold Polynesian points in its inventory, the majority of these points have probably already been committed to sales and are awaiting closing.

One Guaranteed Week deed was sold for the Polynesian in February 2018, bringing to 97 the number of such deeds sold at the resort. These 97 deeds only account for 0.72% of the Polynesian’s total points, well below the 35% maximum permitted in the Master Declaration. The breakout of the deeds by accommodation type is:

55 of the 97 Guaranteed Week deeds were sold for the last six weeks of the year. The most popular week is Week #52 with 19 deeds, which usually includes New Year’s Eve, followed by Week #49 with 15 deeds, which is usually the first full week in December. Exactly half of the 52 weeks do not have any Guaranteed Weeks.