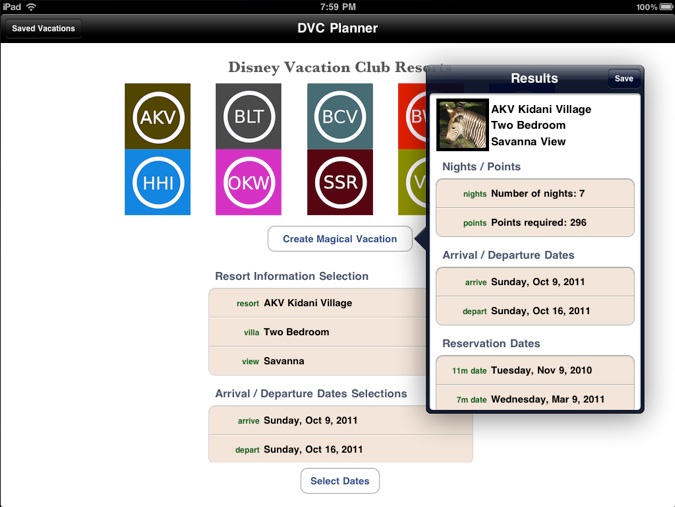 The debut of Apple's iPad device is now less than a day away.  The good news for early adopters is that a Disney Vacation Club planning application is ready and waiting.

Web Spyder Code has released verion 2.0 of its DVC Planner application.  The new release is a univeral app which will run on the iPad, iPod Touch and iPhone platforms.

The application provides a variety of DVC point management features including calcuating the number of points required for a given resort stay and saving planned reservations.

iPad followers know that most current iPod/iPhone applications will run on the new device.  However legacy applications will only run in their original screen size or a 2x zoomed view.  By comparison, univeral applications and apps specifically designed for use on the iPad have been uniquely customized for the new platform.

Version 2.0 of DVC Planner has been released to the iTunes app store and is ready for purchase.  Additional details and screenshots can be found at www.webspydercode.com.