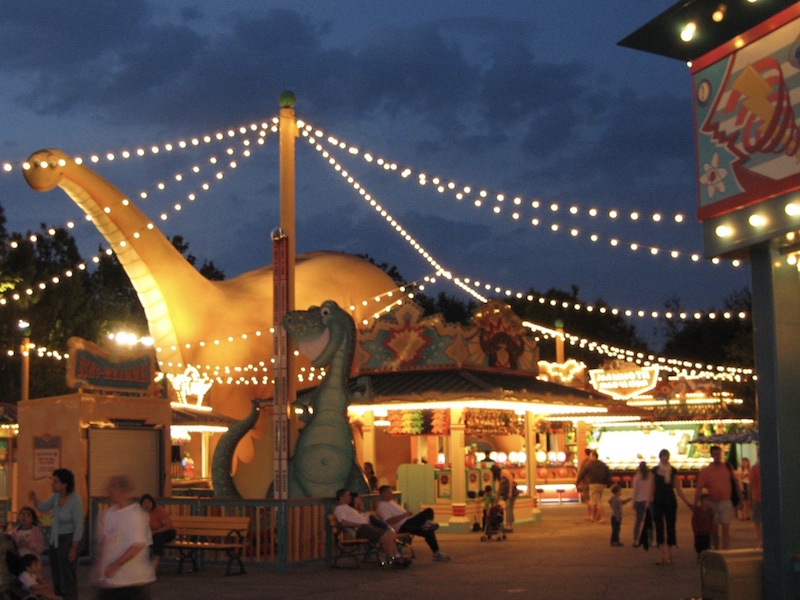 Website LaughingPlace.com posted a thorough overview of the event.  It appears that only six attractions were open to guests during the event with one--Kilimanjaro Safari--closing early due to concerns over the animals' well being.  The other rides available for attendees included Kali River Rapids, Expedition Everest, Primeval Whirl, It's Tough to be a Bug and Triceratop Spin.

Numerous character meet-and-greet locations were provided, featuring performers from Disney/Pixar films such as 'Up' and "A Bug's Life', 'Chip 'n Dale Rescue Rangers', 'The Jungle Book' and more.  Also featured were complimentary refreshments, a dance party and other entertainment.  For complete details visit LaughingPlace.com.

Meanwhile WDWNT.com has posted two videos to YouTube showcasing the event.  The first is a 4+ minute overview of the entire Safari Spectacular while the second provides a closer look at the 'Zootopia' dance party.

All of these park exclusives have been tied to the 25th anniversary of Disney Vacation Club.  DVC has not yet revealed if such events will continue into 2017.